Why Should the Sex-Positive Community Promote Asexuality Awareness? 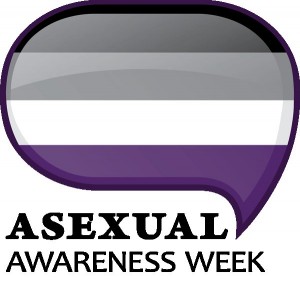 Despite the recent push from the asexual community and various open-minded sexuality researchers and educators, the most common reaction when the Average Joe encounters asexuality in the wild is still . . .

“Well what do you mean by that?”

“Are you saying there are asexual humans?”

“What, do they reproduce by themselves?”

No, the amoeba jokes are not an exaggeration. As an asexual, I hear this all the time. (Everyone thinks it’s original.)

Many readers of this enlightened publication already know what asexuality is, but most can also remember feeling some confusion and incredulity during their first exposure. Once they’ve nailed down the basics and processed them, though, perhaps the next question is . . .

So what? What’s it to us? We’re sex positive, and beyond knowing asexuals exist, how relevant really are they to our community? Don’t they stand for a rejection of what we love? What do they want from us, anyway?

Actually, asexual people don’t stand for a rejection of what sex-positive people enjoy. Many of us believe sex positivity is all about choice: being allowed to choose how and whether to engage in sex, and have it be a guilt-free celebration of desire and pleasure. “What we want” is for people who celebrate sex to understand that we aren’t sexually attracted to anyone, and to respect it if we choose not to engage in sex. That’s our celebration. That’s our desire. We’d like to have your support in advocating the legitimacy of all sexual choices, even if some of us choose not to make sex part of our lives. 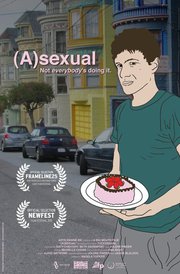 Ah, and there’s one more thing we want.

(Which leads to awareness, acceptance, understanding, lack of snap judgments, and a merciful end to having to explain what asexuality is as a necessary part of every coming out experience.)

(You knew there had to be a campaign in there somewhere, right?)

We would love some allies from the sex-positive community. And since supporting asexuality first requires understanding it, I’m going to provide some resources if you’d like to help spread awareness with us. (I’ve spent half of this post justifying the need for advocacy from the sex-positive community, so if you’re on board, the second half of this article contains the tools.)

And since ignorance leads to hateful and inappropriate reactions, I present an abbreviated Asexuality 101: this is an easy-to-digest bulleted list for those new to the concept. (Those who really don’t need an introduction but still want to be supportive may be interested in a previous article of mine: “How to Be an Asexual Ally.”)

Also, sexual orientation is a continuum, so it’s important to note that some people using the term “asexual” may actually lean closer to what’s known as “gray-A”–just like, for example, some people who are straight for all intents and purposes might occasionally be attracted to the same sex, but don’t feel the need to identify as bi due to the rarity of that experience.  Some people also identify as demisexual; these folks may have relationships and attractions that look a little different from those of asexuals, but they’re comfortable under the asexuality umbrella because not experiencing primary sexual attraction is difficult for many people to understand or process.

In-depth discussion of the gray areas is beyond the scope of this article (not to mention it’s outside my experience so I’m probably not the one who should be speaking for gray-A’s and demisexuals), but since their attractions may seem inconsistent and therefore incompatible with one of the bulleted items above, I wanted to draw attention to their existence and frame their experience in the context of asexuality.

Asexual people are not defined by:

As with any diverse population, some asexual people may have some of the above qualities (e.g., may be mentally ill, may have been sexually abused, may be lonely, may have a health issue, may be chaste for religious reasons, may not be virgins), but when these qualities appear in the non-asexual population, they’re usually not blamed for causing a person’s sexuality. Asexual people deserve the same understanding. Asexuality is not a last-resort diagnosis that can only be valid if no other attributes can be blamed.

Asexual people will not: 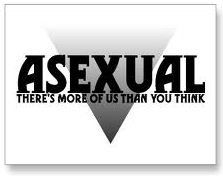 We’re similar to other people in most ways, except that we aren’t sexually attracted to others. And because sexual attraction is so important to many people—because it is so central to life and identity for the majority of the population—it might be hard to understand asexual people without assuming they’re missing an essential part of their humanity or personhood. But as hard as it might be to imagine being happy and asexual, the majority of us consider our asexual identity as being as integral to our lives as anyone’s orientation is. It affects our relationships and our practices and our interests and our daily lives. It’s not something missing; it’s not a hole or a void. Our orientation is a presence, not a fixation on absence.

But we’re rare enough that we often go through life without much of a chance to be understood and without the support of others like ourselves. We want to be understood outside of specialized, constructed communities in which we’re talking to ourselves, and that’s why we need you. We’d like to have sex positivity include the option to make sex-related choices and unashamedly check “none of the above.”