When “Community Standards” Come From Some Other Community 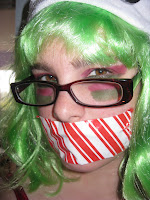 I woke up this morning feeling a little under the weather. Burned out, you might say, on holiday events, balancing a new job with the International Day to End Violence Against Sex Workers, which I’m stage managing. As much as I love doing a lot, and volunteering for things, sometimes I bite off more than I can chew. I was pondering this as I went to log onto my Facebook account so I could do some promo for the upcoming event on Dec 17.

Facebook, apparently, got a report about my profile carrying “sexually suggestive material”, and decided I couldn’t have it anymore. Suggestive like the Suicide Girls fan page? Or Playboy? No, more along the lines of two clothed men kissing– while a page devoted to saying how rape/violent jokes are awesome and calling people faggots? Totally ok.

Sure, I’m a sex worker rights activist and sex blogger who, granted, posts a lot about sexuality. However, I only post PG appropriate content on FB- I link to my blog, where people can read NSFW material like sex toy reviews, as do many other sex bloggers. I do not post nudity or porn on my profile, though I might write about it. It seems fairly clear that Facebook has double standards about male behavior and female behavior when it comes to being “sexually suggestive”. Additionally, when reading their TOS, the verbage used is “pornographic, obscene, or explicit”. I’ve asked Facebook to define this for me so that I know where, exactly, that line is, because if I’ve crossed it, everyone I know is partying on the other side of that line.

Except? I don’t think they know where it is themselves.

I decided to investigate further- how about “It’s not ok to kill a hooker…even though they are already dead inside“, or “Waking up to a dead hooker in your trunk“, or “Diff between an onion and a dead hooker? I cried when i cut up the onion“? “Stop the Islamization of America“? The British National Party (a nice word for suited neo-nazis)? Those are apparently acceptable somehow in the TOS, but my blog? OBSCENE. 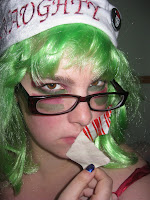 I tweeted a while back about getting rape-y messages from men who had their cocks as their profile photos on Facebook. This is something that’s been a fairly consistent issue. But that, too, is apparently ok. What’s not ok? The social media for some (not all, or even most) adult companies. Sex educators. Breastfeeding.

What do I suspect was the thing that got me banned? A video about the Guinness Book of World Records attempt for the largest number of naked Santas– a video painstakingly edited to not show even a nipple. Well, a woman’s nipple, at least, cause men’s nipples are, well, DIFFERENT. Amusingly, that event had… yes, you guessed it. A Facebook page. And yet the next day my account is disabled.

There wasn’t a warning about any content posted, by the way. No checking in of any kind. I just got this:

¢ Upload content that is sexually suggestive or contains nudity 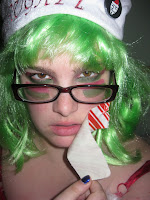 So no talking dirty, kids. Don’t flash your ankles or talk to strangers, particularly if female or trans! Cause that’s naughty.

I’ve appealed the decision. I’m obviously livid. I am totally burned out thanks to battling this kind of thing every day and another dose of it has pushed me over the edge. It just kills me that the week before the International Day to End Violence Against Sex Workers, Facebook demonstrates the time-honored institutionalized violence of silencing voices. Sexual voices, ones that aren’t passive, feminine and objectified, but are active in their agency, voices that holler back, voices that speak up.

There is a group (on FB, natch) specifically against deleting adult entertainers Facebook accounts. Also, feel free to give them a piece of your mind by tweeting them @facebook, or emailing them: abuse@facebook.com. Let them know what you think about the way they handle “community standards“.