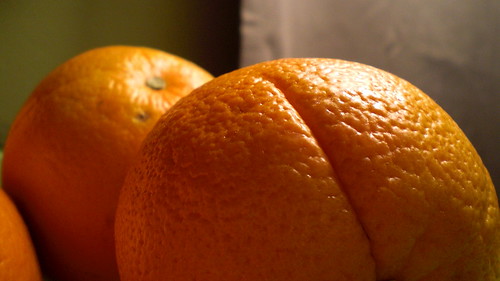 I love my husband. I want to fulfill his ultimate fantasy–without doing something that causes me pain and harm, which then makes me feel degraded. I keep thinking, what would I do if he didn’t want to have oral sex? What if one day he said he just didn’t enjoy worshiping my breasts and didn’t ever want to do it again? It would be awful!

Second, I picked out a toy. Before going for penetration, I want my husband to get to know my ass with his fingers and a few toys. I think it will help him focus if what he’s doing isn’t directly causing him pleasure and I can give him feedback without worrying about ruining his orgasm. Plus, my husband has often talked about wanting to train my ass with various plugs and the idea does have allure. I found the Sidekick Silicone Anal Plug, a good-looking little number in blue or purple that comes in two sizes. I went with the smaller size in blue for Christmas, saving the larger size for our anniversary in February, when I imagine we’ll be ready to move up. The Sidekick is soft and well-formed. It’s currently stashed in my office until my husband and I get an evening to ourselves to enjoy it.

There are a number of toys that I think look more interesting, but I decided to go with this toy because it is a beginner toy. I already have a collection of personal anal toys, including a jeweled plug and even a jade one from Coco de Mer, but they’ve proven more fun to look at than to use when with an inexperienced player. While with more experienced players I enjoy the coldness of temperature play and the formidability of a hard plug, I’d rather be safe than sorry. And keeping the more exotic toys in reserve gives me motivation to encourage my husband even more!

I also selected a lubricant. We already have some silicone lube, but it’s some off brand bought on sale and isn’t really the best. I want something thick without being gooey and slippery without being slimy. I chose Pjur Original Lubricant. I strongly prefer silicone lubricants for anal sex. Even though I’ll have to cover my silicone toys with a condom, silicone lubricants aren’t absorbed by the rectum like the water in water-based lubes. I got the larger size because not only can I still use the Pjur as normal lube, but I can use it to shine my latex!

I hope to update about how it’s all going sometime around Valentine’s Day. I figure my husband will have had time to peruse the book and we’ll have found some time to experiment, move up to a larger toy, and maybe even try actual penetration. Wish me (and my butt) luck!