Those are words that I never thought I’d say. 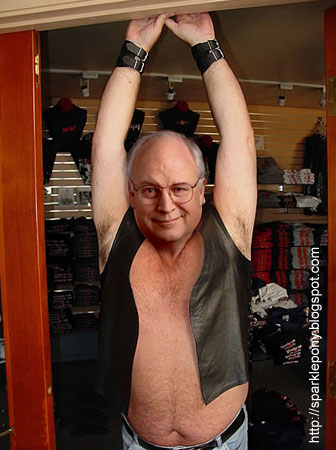 It seems that Dick Cheney, whose daughter is a lesbian, has finally come out and said that he supports gay marriage, but on the state level rather than the federal level since marriage has historically been regulated on the state level in the US. And I have to say that I think it’s pretty cool that he can take that stand and let other conservatives see it.

At the same time, it really would have been great if he could have done it while he was telling President Bush what to do serving as vice president and supporting former President Bush’s policies. I do understand that politics is all about compromise and giving a little so you can get a little. And I also think that he could have come forward in support of the many queer folks who want to get married while he was still in office.

We’ll see where this goes, I suppose. And in the meantime, doesn’t he look hunky in that very photoshopped image?