some new info on pulling out

A new report by the Guttmacher Institute shows that withdrawal (aka pulling out and coitus interruptus) may be more effective than was previously thought. According to “Better Than Nothing or Savvy Risk-Reduction Practice? The Importance of Withdrawal, by Rachel K. Jones et al., in the June 09 issue of Contraception, “perfect use” of withdrawal results in a 4% pregnancy rate over 1 year. Or to make that more clear, 4% of people who use withdrawal for a year become pregnant. The comparable rate for condoms is 2%. More striking is the “real-life” numbers, as compared to the “perfect use” stats, which are 18% for withdrawal and 17% for condoms.

Leaving aside the fact that withdrawal doesn’t offer protection against STIs (although I’d expect the risk to be lower, which is why “cum on me, not in me” was an educational slogan during the early days of the AIDS awareness movement), this is pretty striking. Correct condom use requires a fair amount of knowledge and skill, not to mention negotiation and practice. But I have to say that I’m surprised that there’s such a wide discrepancy between the ideal and perfect use of withdrawal. Granted, orgasm can catch guys by surprise sometimes, but I have to wonder what else makes withdrawal so hard to get right.

Also, while 2% and 4% sound pretty similar, over a longer span, that difference racks up. If you use condoms for 5 years, you have a 10% chance of pregnancy sometime during that span, but withdrawal over the same span gives you a 18.5% chance. Which just goes to show that using more than one method is a good idea. 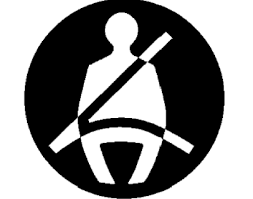 On the other hand, withdrawal certainly improves your odds significantly, which may be why 56% of women have used it at some point in their lives. Further, as Carnal Nation reported, countries like the Ukraine that face severe economic challenges are finding that condom prices are increasing, which will result in fewer people using them. A free risk reduction method seems like a great idea. Of course, it’s not a guarantee of safety. Think of it as a seat belt- it won’t guarantee 100% safety, but it improves your chances.

The biggest surprise for me in all of this is that many of the peope surveyed “did not mention withdrawal when asked what they thought of when they heard the terms “birth control and “contraception, because they did not consider withdrawal a contraceptive method or thought it was ineffective at preventing pregnancy.” Maybe it’s time to rethink that.