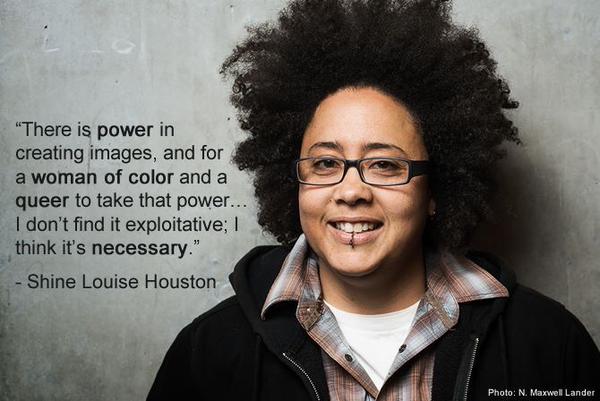 From her campaign page:

“Though we consider Pink & White to be an entertainment company, we regularly receive feedback from viewers who tell us that our films help them to better understand themselves and to appreciate their bodies — especially brown bodies — as being worthy of healthy and happy sexuality. Through intimate portrayals, the films become a mirror for queer people with diverse bodies and desires. It’s rare enough to see stories of gay, lesbian, or trans sexuality that include people of color, let alone ones which casts them center-stage.”

Learn more about her SNAPSHOT and support her vision through her IndieGoGo campaign. Donate and share the campaign on social media by tagging @ShineLouise or #SNAPSHOTtheFILM!