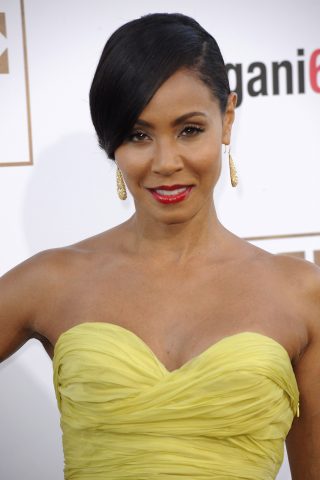 Much newsy news is, let’s face it, not very sexy. Even the sex-related news is so often distressing that it’s a thrill to come upon a story that isn’t fraught with peril. Sexy celebs having sex? Oh, that’s nice! Even better: They publicly talk about sex! Honestly, in this society that’s as close as some people get to sex education. When Jada Pinkett-Smith launched her Red Table Talk series and began incorporating frank discussions about sexual topics, I was all “YAY TEAM.” I’m less thrilled about today’s news, though… because Jada said “sex addict”.

Celebrities as Inspiration… and Caution

When a disgraced public “sex addict” (Oh, hi, Tiger!) slinks off to rehab to clean up their image I don’t favor it, but I understand the matrix of celebrity shame driving it. Celebs live large and act out issues relevant to us mere mortals, then social reaction ensues. We all learn right and wrong from this, supposedly. I guess it beats dunking witches.

But it’s another thing for those living a private and public life as radically modern as the Pinkett-Smiths. They identify as “life partners” instead of “married people.” They’ve raised free-thinking kids. Jada openly discusses sex across the generations on her Red Table show. These people are the sex-positive role models that many famous folks are not, or cannot openly be. As a sexologist, I value that kind of modeling. And I know this message might be damaging because it takes the flawed notion of the “sex addict” seriously. 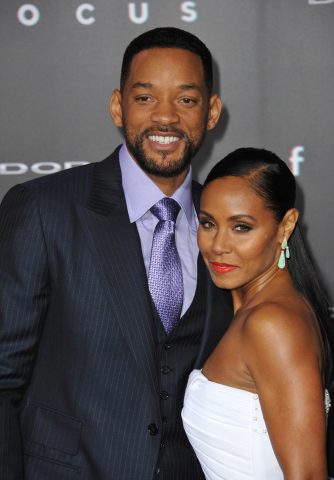 To be fair, Jada seems to get the nuance. She said, “It’s not what you’re doing but how you are with it. Why you’re doing it. It’s the behavior that’s attached to it, because if you want to have a lot of sex, that’s great, but why are you having all that sex? That’s what you’ve got to look at.” When considering whether any consensual behavior is problematic, such context is crucial.

By the way, I took Tiger Woods’ name in vain a few paragraphs ago, but there is way more to say about his experience being labeled and shamed. 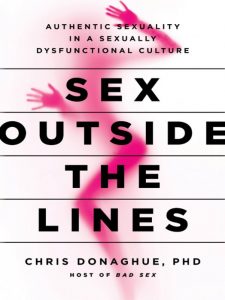 Clinical sexologist Claudia Six notes in her book Erotic Integrity: How to be True to Yourself Sexually: “The term ‘sex addiction’ has been popularized, overused, and misapplied to anyone engaging in sexual behavior that someone else disapproves of.” Chris Donaghue, writing in Sex Outside the Lines: Authentic Sexuality in a Sexually Dysfunctional Culture, notes: “We live in a world where sex is under attack. . . a cultural obsession” which “is constantly in our headlines, in the form of sex addiction, political sex scandals, sexting, celebrity marriages, divorces, and cheating scandals.” (Find those books on the Good Vibrations website to read more of their wise words.)

While Jada Pinkett-Smith shares the path she took to become her best self, let’s let her candor and willingness to communicate about sex inspire us. But we–and she–can do better than the junk science at the heart of sex addiction. Let’s give Annie Sprinkle the last word on this, shall we? She scores high on the sex addiction scale not because she’s actually a sex addict, but because she’s a radically candid sexual adventurer. May we all find the adventures that are right for us, and may they bring us joy, not distress.