Scheduling Sex- It’s Good For You

When folks in long-term relationships ask how they can bring sexy back, one of the most common suggestions is to schedule sex. And more often than not, the idea is met with resistance or disbelief that it’ll help. I think that’s because some people misunderstand the ways in which it can be really useful.

To begin, you’re not making an appointment to have sex. After all, if the scheduled time comes around and you’re not feeling up for it, forcing yourself to do it because it’s in the calendar is a great way to turn it into a disaster. Instead, as Marty Klein suggests in his amazing book Sexual Intelligence, think of it as setting aside time so that if you want to have sex, nothing else gets in the way. If your calendar is jam packed with errands to get done, work to take care of, and a never-ending to-do list, carving out some time for sex might be the best way to make sure you don’t let all of those chores take over.

That’s also really helpful because you can manage the time leading up to your date more actively. Got a date for Sunday morning with your sweetie? Then perhaps going to a big party the night before might not be a good idea. Or at least, not having too much to drink. That often becomes more important when we get a little older and don’t bounce back from a night of partying like we used to. 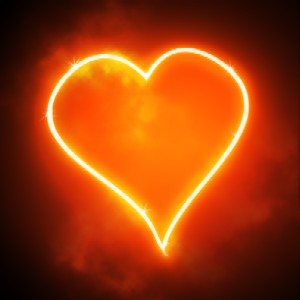 Although a lot of people romanticize new relationships and wish for more spontaneous sex, I think that’s unrealistic for two reasons. First, it’s well-documented that during the first six months (give or take), you’re both awash in hormones that give you lots of energy, sexual desire, and excitement. It wears off after a while, so you need to adapt to that if you want to keep connected. In the polyamory world, they call it NRE (New Relationship Energy) and those crowds have developed some good tools for enjoying and managing it, which can also be a big help for monogamous folks.

Second, although sex during those first few months might feel spontaneous, it’s actually often pretty planned. It might not be explicitly stated, but when you have a big date lined up with your new sweetie, don’t you sometimes plan for the possibility of sex? Cleaning up your place, wearing a snazzy outfit, or googling romantic restaurants- that’s all planning for sex. So how about we let go of the myth that sex is always in-the-moment when things are new? Sure, it definitely can be, but once we see how much we prepare and plan for it, even at the very beginning, it becomes much easier to schedule  sex later on.

Planning sex is like planning a meal- it lets you pull all of the ingredients together and make the time to cook. Sure, if you happen to have everything you need, you can pull off some amazing dishes without any planning, but that’s not something you can always manage. And once you’ve planned a few meals out, it’s a lot faster when you go shopping because you know what you need. It’s much the same for sex- setting aside some time and thinking about how you’d like to prepare (like having some sexy music on, or making sure the lube is nearby) becomes a lot easier with some practice.

Another reason planning for sex can help is that lots of folks don’t feel as much sexual desire until they get started. Of course, I’m not suggesting that you grit your teeth and bear it. But to go back to that food comparison, have you ever had the experience of not feeling hungry until someone puts food in front of you? Sometimes, you just need to sit down and try a bite. The same thing happens with sex, and although the stereotype is that that happens for women more than men, it definitely happens for guys, too. So you might want to have a little taste and see what happens.

So there you have it- lots of good reasons to put sex into your schedule. If you still think it’s a silly idea, I suggest you give it a try. See how it goes and afterward, ask your partner what they thought about it. In fact, try it a few times. After all, second or third times are often more fun!