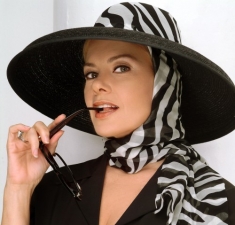 Gloria Leonard was the first Club 90 member to die, but last year the surviving members of the group reunited—first to accept honorary degrees at the Institute for Advanced Study of Human Sexuality, then as the closing keynote presenters at CatalystCon West (interviewed by our own Jackie Rednour-Bruckman), and finally early this year at CineKink in New York, which presented “A Tribute to Club 90,” with public appearances as well as films from the women’s body of work. According to CineKink founder Lisa Vandever, this was Candida’s last public appearance. Candida died on September 7 at her home in Long Island.

Her website, candidaroyalle.com, is still up, and her blog posts and other information about her projects, including While You Were Gone, can still be seen there.

Candida Royalle will be remembered by her surviving Club 90 sisters, fans and friends at a memorial gathering at The Center for Sex & Culture in San Francisco on October 25. For more about this event, which is open to the public, please visit www.sexandculture.org. A New York City memorial is being planned for November or early December.