Q&A: Am I Having a Vaginal Orgasm–Or Not? 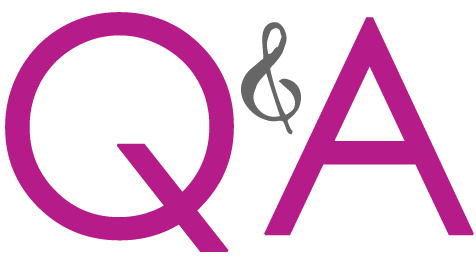 Dr. Queen,
I suppose I should start by telling you that I was an otherwise healthy girl who needed several years of surgeries, radiation, and chemotherapy (which began a few years after I met my partner).  I had almost a total hysterectomy (my ovaries were able to be saved) and partial vaginectomy two years ago to remove all of the cancer. Although I was told the scar tissue and hormone replacement therapy may interfere with intercourse and orgasms, neither have caused any problems to so far (though I’m worried they might at some point in the future). I know that physical and medical conditions as well as medications have a severe impact on sexual function, but I think I’ve been having what I can only describe as orgasms, sometimes 3 to 4 in succession, from vaginal penetration alone.

When my girlfriends and I talk about things, one tells me it’s utterly impossible for a woman to have an orgasm without clitoral stimulation, and the other says that to have a “totally real” orgasm you have to “squirt,” so it’s fine if I keep faking it like everyone else does.

The general consensus is that I’ve probably just been wishing so hard that I’d achieve an orgasm that that’s what I’ve turned these “feelings” into in my head – But, honestly, isn’t it possible that I’m letting go and enjoying things enough to orgasm without “coming”?

This is all very, very, confusing! Add to that my medical history and I have a total and complete mess! I’ve always gotten these “feelings” during sex, but since my clit doesn’t play the leading role, and there’s no moaning or screaming and no messy sheets, what’s happening to my body is not a “real” orgasm? What I am trying to ask is this: Is it possible for a woman who’s had a hysterectomy (or any woman, really – I can never find it on the internet) to experience vaginal orgasms, and if it is, does there have to be some kind of fluid released during the act for it to technically be called an orgasm?

I could care less about what other women think sex should or shouldn’t be, but I really want to share this new multi-whatever dimension of myself with my love and assure him that he’s blowing the mind I haven’t lost yet.
I would sincerely appreciate any light you could shed on the issue or any advice you may be able to offer.

Dear Real–This is a GREAT question and I’m happy to answer it!

It’s not always easy to determine if we’ve had an orgasm. There are a couple of elements of orgasm that are often cited, though, and it sounds like you are experiencing at least one of these: the feeling of peak or culmination of your arousal. This element of orgasm is why they are also called “climax.” Arousal gets higher and your sexual feelings more intense, until they crest or come to a climax — including a feeling of satisfaction and release. (All these terms are a bit subjective, aren’t they? That’s one reason it can be hard to grasp the reality of what an orgasm actually is. The other thing is that we so frequently hear orgasm described in metaphorical terms: firecrackers! Volcanoes! Expressive, but not really helpful.)

The other thing that usually accompanies an orgasm: Rhythmic pulses or squeezes of the vagina and its surrounding muscles. These muscles, AKA Kegel, pelvic floor or PC (pubococcygeal) muscles, may make one big squeeze, or they may pulse a number of times. Here’s some information about Kegels/PC exercises.

Now, some women have rather weak PC muscles, and they don’t really feel these pulses. (And some women, instead, have a strong sense of squeezing in their stomach muscles.) But the PC muscles can be worked out so that the pulsing feeling is stronger (see the URL I just linked), and this may intensify orgasmic pleasure. It’s possible that after all your medical procedures, this would be valuable for you.

I’d like to encourage you to communicate about this with your partner; if I’ve read your letter correctly, I think the reason you’re not doing so is because you don’t want to tell him you’ve come if you really haven’t, but if you ARE having peaks of pleasure, that absolutely counts. I think he would want to know, and even more importantly, this gives you the ability to communicate with him about what tends to optimize that feeling — and many other elements of your sex life.

Finally, just a word about your friend’s advice to fake it: NOOOOOOO! Here’s why. When you are faking it, you are training your partner to do the things that DON’T make you come! Faking orgasm contributes enormously to sub-par sex. People object to this advice because “It’ll hurt his feelings” if they don’t come, but don’t seem to understand that this strategy may permanently prevent the joy he’d get from knowing that that his partner genuinely responded with pleasure and orgasm.

Congratulations on getting through your medical treatments and traumas, and for having good love in your life!
All best–CQ