‘Pleasure Is Your Birthright’: Good Vibrations Celebrates 40 Years On Valencia 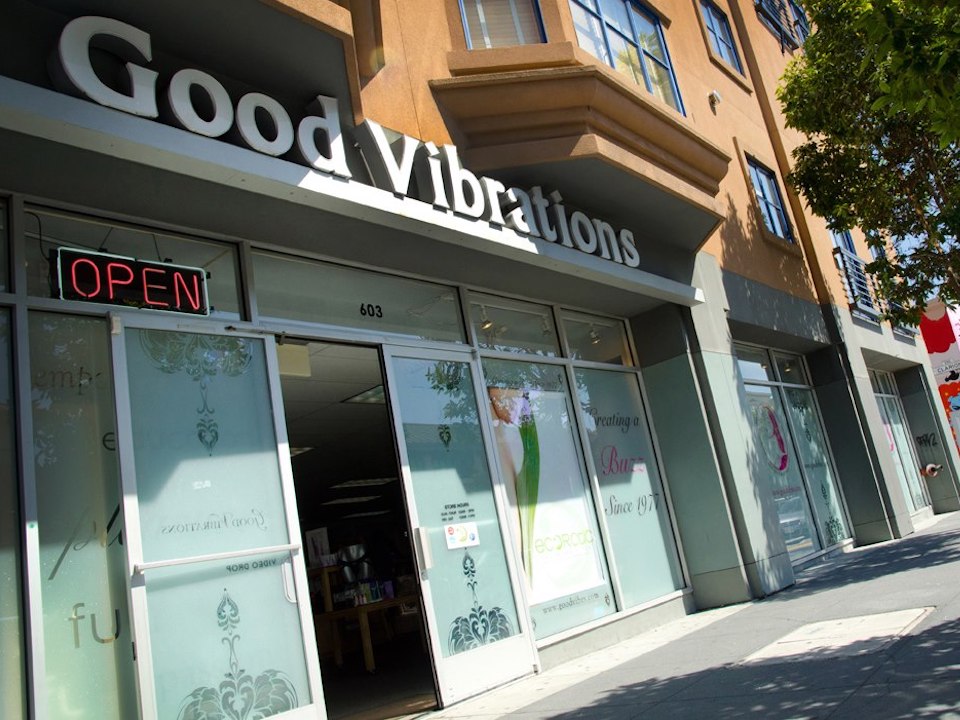 When sex therapist and marriage counselor Joani Blank first founded Good Vibrations in 1977, the idea of a well-lit, approachable sex shop only existed in her head. Nine locations and a thriving online business later, the sex-positive company celebrates its 40th anniversary at its first store at 603 Valencia Street (on the corner of 22nd and Valencia streets).

Now an institution along the retail corridor, Good Vibrations has come a long way from its origins.

In the age before the internet, gaining access to sexual education was practically impossible. “Women didn’t even know about their bodies,” said Good Vibrations executive vice president Jackie Rednour-Bruckman.

The store on Valencia Street was also the first sex-positive adult store in the country set up as a walk-in retailer, offering not only toys but info and education to the general public. By comparison, Eve’s Garden in Manhattan had a more formal setting, akin to an office space that required an elevator ride up several floors.

Blank also chose the Mission because it was the center of what was then a thriving culture for women, Rednour-Bruckman told Mission Local last year.

Despite the seediness of the sex shops on Mission, other women-owned businesses—most of which have closed—abounded in the area: the Old Wives Tales bookstore, the Women’s Building, and the Osento bathhouse.

Good Vibrations also pioneered the friendly environment that can now be found in sex-positive adult stores across the country. A friendly staff member greets customers, offering enough privacy to explore the brightly-lit shop—but never too far away to answer questions.

The company prides itself on “meeting customers where they’re at,” a statement we heard from both Rednour-Bruckman and Valencia store manager Jukie Schweit.

Offering sex-ed to customers is at the core of Good Vibrations’ mission, and it’s something the company will focus on over the next 40 years. However, not all questions require extensive knowledge; according to Schweit, the top question from customers is, “how do I turn this thing off?”

These days, in what she describes as a “big win,” Rednour-Bruckman says that sexual health and education have become normalized.

Over the years, even as it expanded to eight stores in the Bay Area and one in Massachusetts, the company has continued to break new ground in sex education and social justice.

Good Vibrations sponsored the first two years of the Trans March (which began in 2004), and is regarded as one of the city’s best employers for the transgender community. And in 2016, former Good Vibrations CEO Theresa Sparks was named senior transgender adviser to Mayor Ed Lee—a first not only for San Francisco, but for the country.

“There was nobody like her,” says Rednour-Blackman. “She was clearly a visionary, very radical—and passionate until the end.”

To celebrate Good Vibrations’ 40th anniversary, the company is hosting sales and events at its Valencia location and beyond, including a “Bling My Vibe” contest and an anniversary party planned for May. Stay updated through their events page for upcoming events.