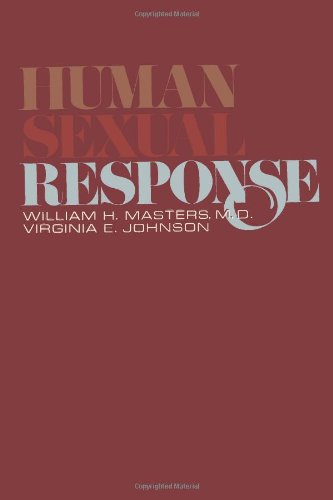 Last month we lost one of the most notable women ever to work in the field of sexology: Virginia Johnson, hired by (and subsequently married to) clinical sex researcher William Masters. From their beginnings at the medical school at Washington University in St. Louis, where they undertook observational studies of human sexual response, to their later position as famed, lionized – and sometimes controversial – sexologists, Masters and Johnson rocked the culture with their findings and helped support other researchers’ and theorists’ expanding view of human sexuality, especially female sexuality. Coming on the heels of the Kinsey Reports, the Masters and Johnson research helped illuminate our understanding of sexual response as well as sexual dysfunction. And this research may have been made possible by Masters’ alliance with Johnson, whose people skills were far better honed than his. “In an era when even talking about sex was virtually taboo, Virginia Johnson had a way of putting research subjects at ease, persuading them to participate in groundbreaking investigations that changed the way human sexuality was perceived,” wrote Associated Press journalist Jim Salter in his much-published obituary the week Johnson died.

Masters hired Johnson as his research assistant in 1957 – and apparently represented that one of her job requirements would involve having sex with him. They didn’t marry until 1971, by which time they were the famous authors of Human Sexual Response (1966) andHuman Sexual Inadequacy (1970). Both volumes were derived from their clinic research. They studied several hundred people via detailed sex histories and observation in the lab; they watched their study subjects have sex and also devised machines to assist them in their studies, including a clear dildo-like device that included a camera and allowed them to observe changes inside the vagina, and the penile plethysmograph, a cuff that measures blood flow to the penis and its tumescence. They watched copulation and masturbation; Masters had initially recruited prostitutes to study, but once Johnson joined the team, her communication abilities allowed recruitment of students, university staff members, and others. This would be radical research if done today; in the 1950s and 1960s it was almost unimaginable. Just a few years earlier, Alfred Kinsey had been hounded to his death by a public shocked at the revelations in Sexual Behavior in the Human Female.

From this scientifically productive voyeurism came the notion of the sexual response cycle, which they represented as having four stages: excitement (getting interested, turned on, “into it”), plateau (the period of high arousal before orgasm), orgasm, and resolution (the period post-climax when the body gradually returns to its unaroused state). When any of these stages were disrupted, they opined, sexual dysfunction resulted; in their St. Louis clinic, using the insights gained from their studies, they launched the modern field of sex therapy and also pioneered the work of sexual surrogacy. Couples from all over visited the Masters and Johnson Institute in St. Louis for sex therapy and consultation. They trained other therapists as well as surrogates; they were also among the most famous people in the US, hitting the talk show circuit as well as medical and sexology conferences.

Their observational studies particularly revolutionized Americans’ view of women’s sexuality. Gone for good was the Freudian notion that mature orgasms were vaginal and not clitoral, that women were not especially sexual.

Masters and Johnson’s clinic had a less enlightened side, conducting what we would now call “conversion therapy” to try to turn homosexuals straight. By the 1970s the gay community was no supporter of the M&J Institute’s heterosexist way of understanding “normal” sexuality; Johnson said later that she had always been uncomfortable with that aspect of the Institute’s work.

Masters and Johnson are the subject of a Showtime TV series that will air next month, “Masters of Sex,” based on Thomas Maier’s 2009 book Masters of Sex: the Life and Times of William Masters and Virginia Johnson, the Couple Who Taught America How to Love. It promises “Mad Men”-like stylings and a lot of sex, so we’ll be sure to tune in.