The French call orgasms “la petite mort,” which translates to “the little death.” While an orgasm might seem like the antithesis of death, “la petite mort” isn’t simply a case of the French being terminally ironic. There are some similarities between the ephemeral burst of an orgasm and the finality of death.

The saying “la petite mort” is often used to describe the feeling of fainting after an orgasm. But the French are just too complicated—and well, European—to reduce the poetry of an orgasm to a fuzzy feeling of lightheadedness.

The so-called greatest lovers in the world, the French, have delivered an orgasm for existentialists. Just like our precious little lives, an orgasm is indescribable and over in an overwhelming flash. We perk up just to come back down after the grand finale.

However, it’s hard to think of  “the little death” as completely futile. Éjaculation (it’s sexier if you say it with a French accent) creates new life, and we experience a feeling of transcendence and euphoria even if it’s only temporary. We let go of  all our bottled up fears in a pleasurable release. Perhaps in “la petite mort” we even forget our biggest fear—death. Le sigh, if only death could feel like one big orgasm.

As Woody Allen put it, “In my next life I want to live backwards. Start out dead and finish off as an orgasm.”  Although Woody isn’t a Frenchman, he seems like the kind of guy who’d appreciate “the little death.” After all, he did direct a film called Midnight in Paris where a man gets to visit the wondrous world of 1920s Paris at night, only for it to disappear in the morning. In the film, Ernest Hemmingway gives some advice on the matters of sex and death— “We fear death because we feel that we haven’t loved well enough or loved at all, which ultimately are one and the same. However, when you make love with a truly great woman…that fear of death completely disappears.” 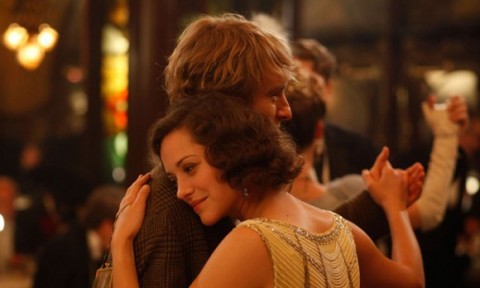 We should embrace la petite mort by experiencing love and making love as much as humanely possible before the sharp, sweet feeling subsides. Or at least have some crazy orgasms that make us feel like fainting.