This is the final week for donations to Polly Whittaker, aka Polly Pandemonium, aka Polly Superstar) and her Kickstarter campaign to support the publication of her memoir. Polly is best known in San Francisco for her work organizing and hosting Kinky Salon, but she’s done SO much more–and she comes from a sex ed family!

This Friday at 3pm is when her Kickstarter closes and it looks like it’s going to be down to some nail biting to the very end—she still needs over $7k in 3 days! More about Polly:

Polly Whittaker is one of the intrepid women forging the new frontier of sexual expression for women, and laying down the foundation for an evolution of how we view sexuality in our modern world. She has dedicated her life to sexually progressive community, as an acclaimed latex fashion designer, a creator of the internationally-renowned and award-winning arty, sexy parties called Kinky Salon, and a spokesperson for sex culture. Kinky Salon parties now take place in a dozen cities across Europe and North America. Polly recently joined forces with Christopher Ryan Ph.D, Author of NYT Bestselling Book Sex at Dawn to support the creation of Kotango.com—a social network for global sex culture.

Her memoir is Polly: Sex Culture Revolutionary. It’s a book about modern relationships, counterculture, the quest for family–it offers a real-life glimpse into a little corner of the sexual revolution.

You can go directly to the Kickstarter through this link: sexculturerevolutionary.com and more information can be found in her press release: http://www.pollysuperstar.com/2014/02/13/press-release-213/.

BUT THAT’S NOT ALL! Scroll past Polly’s pretty picture for more. 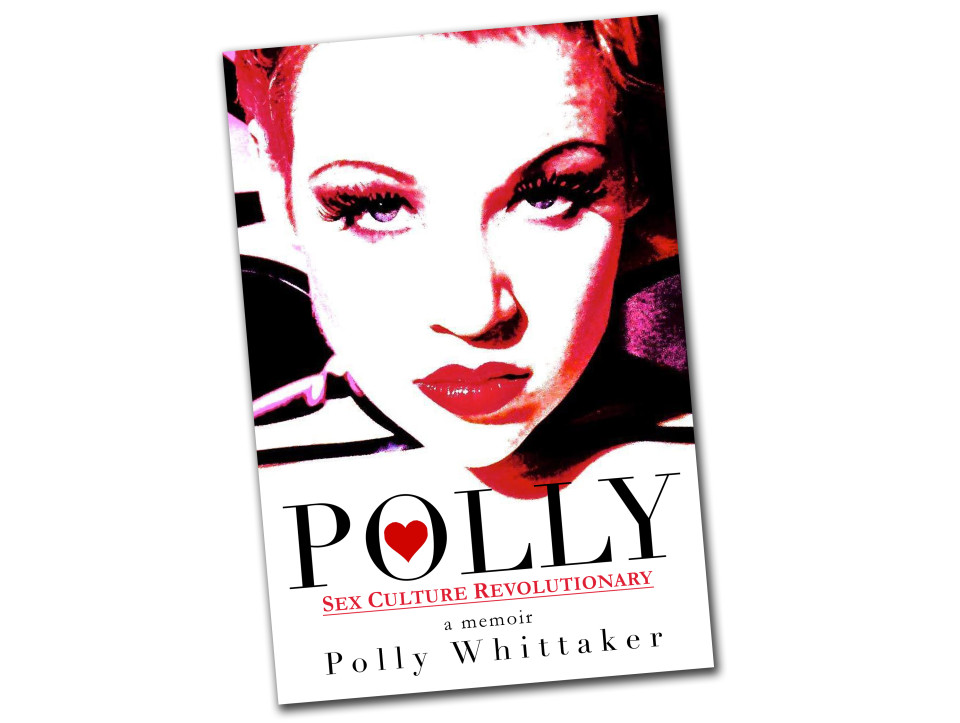 Our friends at the groundbreaking kinky film fest are also in the midst of a Kickstarter campaign to raise some extra funds for CineKink and they’re also hoping for a boost. While they’re already a half of the way to their goal, the campaign is all-or-nothing, “so we need to raise $11,000 in pledges by SUNDAY at midnight,” says CineKink director Lisa Vandever–“or we don’t get any of it!

“If you are able to donate, every bit helps. Even a $1 pledge primes the Kickstarter system and helps us build momentum–especially if you’re able to share your support with your friends and social media circles.

“We have all kinds of rewards available for your pledge, but hopefully you’ll also enjoy the knowledge that you’ve helped support your favorite kinky film festival!”

CineKink @ Kickstarter: Check them out!
https://www.kickstarter.com/projects/cinekink/cinekink-2014-the-kinky-film-festival
Please pass it on–both of these campaigns are well worth your support.