Inside the Quickies: The Bonus

An interview with David C. Jones!

How did you find out about the Good Vibrations Quickies Short Film Competition?
A friend had a film in the festival a year ago or so – so it was on my radar.

Tell us a bit about your film. What’s it about? And what inspired you to create it?
The film is about a man who wants to do something wicked and fate conspires against him leaving him in a precarious situation. It was inspired by  a true story. 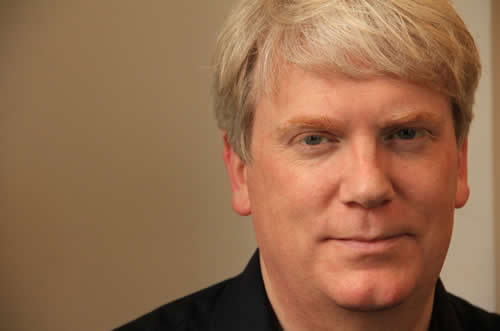 What do you hope audiences will get from your work?
I hope they have fun. I hope they also decide to take risk for sexual adventure like this guy does.

Who are your performers, and how did you meet them/invite them to participate?
The lead actor I saw in a couple of plays and when the idea of possibly filming the story was forming I immediately thought of him and hoped he would be interested and available. He still had to audition but he knocked it out of the park. The boyfriend was harder to cast. (It’s a gay story – although one of the actors is straight in real life). We saw about a dozen actors and none of the them embodied the right sexuality and machismo and sly wink that I wanted. As I lamented what I wanted (based on the real man) – I guess I was really descriptive because the producer suddenly lit up and chatted with the AD and after she nodded in agreement – a call was placed and 45 minutes later Sean Carey walked in and landed the part. Patricia came to me through the audition process. She was the best of over a dozen actresses we saw.

Were there any funny or unexpected moments while filming?
We had a variety of fetish clothes loaned to us from Priape – many we did not use – we had to shoot the film all in one day which took 17 hours. Sean Carey amused and delighted us by dressing up and modelling some of the clothes. Probably the hardest part of the filming other that the gruel ling day – was as we were in editing and still selecting music – the hard-drive crashed and after months of trying it was declared irretrievable. We had lost all the footage and the sound track of the actors voices. I was devastated – there was no back up. A couple of more months past I was working on one of my portable drives and noticed at the end of the menu folder was an oddly named file. Clicked it – it was one of the early cuts – thankfully high quality – of the rough edit. We had to re-shoot an insert shot (the security guard sign) and the actors had to come back in to re-dub their voices. But the film was saved almost 8 months after it was thought lost forever.

What projects are you working on now/next, and where can we find you?
I made a short documentary since The Bonus and I have a lesbian musical in the works. My web-site is davidcjones.ca – I also am being cast in a lot of projects right now. I guess I am a late bloomer. I wonder if I can find a partner to have sex with somewhere on set. Maybe there can be a sequel to The Bonus.