Inside the Quickies: Filmmaker Interview with Sara Koppel

An interview with Sara Koppel from “Little Vulvah & Her Clitoral Awareness” 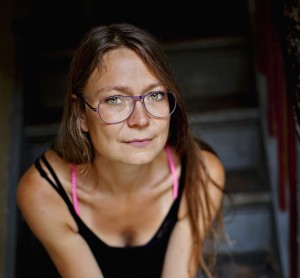 My film “Little Vulvah and her clitoral awareness” is a short story about a girl who wakes up as from a dream, and then she sets out to explore nature, while discovering her clitoris.

This film is made with a great desire to create dialogue about women’s sexuality and taboo areas like women discovering their clitoris. And I’m hoping to get mothers and daughters to “dare” talk about this awareness and to encourage openness in the field. 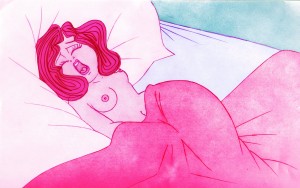 Well…in my field, handdrawn animation, I make around 12 drawings for each second of film, so my “Little Vulvah and her clitoral awareness” (almost 5 minutes) consists of 2,500 drawings…and that really takes some time to do. And I really love the Shortfilm length for expression.

I hope that people will think & re-think and feel and maybe talk about sexuality with open minds.