Inside the Quickies: Filmmaker Interview with Janella Honorio Lacson

An interview with Janella Honorio Lacson from “The First Date” 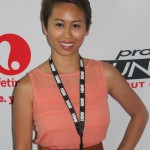 Filmmaker bio: Janella Honorio Lacson was born in Torrance, California but spent most of her life growing up in Manila, Philippines.   “The First Date,” is her first short, and was produced with the support of LifeWorks and Outfest Film Festival. Janella is currently completing her undergraduate film degree at Tisch School of Arts at New York University. 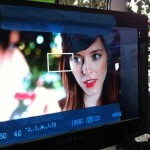 The First Date is a romantic comedy about two best friends discussing a recent first date in a public restroom. The film was created through Outset film mentoring program by Outfest and LifeWorks mentoring at the LA LGBT Center. I took most of the awkward, comedic moments from tidbits from my own life, although most of it is fictitious.

Seven minutes is a really tight time limit! Haha. It’s a huge challenge to overcome, but when you do, the feeling is amazing. It was important for me to make people laugh within that time frame and the biggest challenge with that was timing. Thankfully, the actors did a wonderful job with their comedic timing, so there wasn’t much to worry about in the editing room.

The First Date was the first short film I wrote and directed. Right now, I’m attending NYU’s Tisch School of the Arts and am planning to graduate in the spring of 2015.

The only hope I have is to make people think and laugh when they are sitting in a theater and watching my films. Laughter is the best medicine.

The actors in my film were Sonal Shah, Natalie Dreyfuss, and Kate Gorney. I was fortunate enough to know them through some of the other people who were working on my film and they were kind enough to ask them to come on board. They were so great and it all worked out in the end! 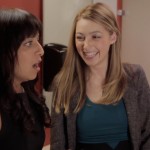 One of the funny things I can remember is listening to the actors talk on set when they didn’t know their microphones were still on. Haha.

What projects are you working on now?

Right now, I’m producing a handful of projects at NYU. I’m also working on a short film that I’m shooting in the spring. Exciting stuff!

See all the Quickies finalists here!