Hard To Teach If You Didn’t Learn

Like a good portion of the room, I didn’t raise my hand when the speaker asked how many of us had parents who talked to us about sex. Duh. I’m in my fifties. I never got “the talk.” Hell, when my period started, just a few months shy of my eleventh birthday, I didn’t know what was happening. I thought I might be bleeding to death. It would be a year and a half before I got any info in one of those special gym classes in junior high.

This past April, I went to the second Momentum Conference: making waves in sexuality, feminism, & relationships. I’d gone in 2011 too, and it sort of felt like coming home. Or finding my tribe. Or maybe just a relief to not have to keep my sex geekiness hidden. I knew that for some/many of the folks there, this was just everyday stuff. But I come from a different world. A world where sex is not talked about. For the most part. There are many of us from that world.

But when the speaker asked how many of us, who are parents, have talked to our own kids about sex, I raised my hand, but not wholeheartedly. Why? Because I realized that I’ve probably not been as good about it as I could. I’ve always wanted to believe that my kids could approach me with anything, and I’d simply talk with them, no judgment. I can’t say whether that’s been the reality or not–that’s for my kids to say. But that’s the thing. If they approach me, I’m fine, I can talk. But for me to approach them? Go to them to talk about some sort of sexual subject? All sorts of little alarm bells go off and herds of butterflies stampede through my guts when I even think about it. Why? Because I never learned how to start that kind of conversation. 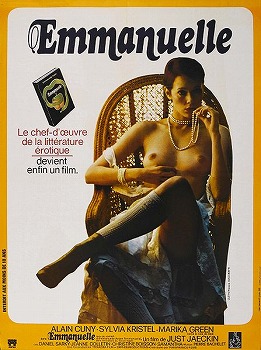 The reasons why are complicated. Yeah, I could blame it on the times I grew up in. I came of age in the seventies. My parents were a bit older than those of my friends, more like sixties parents. Their generation just did not talk about those kinds of things. Or that’s what I assume because mine never did. I remember once, as a senior in high school, being amazed when a friend mentioned her mom taking her to see the film Emmanuelle. Not only that, but then they had a conversation about the film! I could not even imagine. Though she did accidentally take me to see Everything You Ever Wanted To Know About Sex* But Were Afraid To Ask when I was fourteen. One of the best mistakes she ever made. I still chuckle about it.

My older sister–by eleven years–got married a couple of years before I even got to high school. I like to think she was sort of watching out for me, asking me if I had a boyfriend (which I never did throughout high school), but she never actually had a conversation about sex with me. She did give me a copy of Our Bodies, Ourselves when I turned eighteen, which quite possibly was a life-saver. But we never talked until I was nineteen and went on the pill. Yeah, back then pregnancy was the big bugaboo. I’d wondered if I should talk to our mom about it, but my sister assured me that it was not a good idea. Something about giving our mom a stroke.

Sometimes I wonder how things might have been different if I had listened to my gut rather than my sister. But my family was pretty dysfunctional, so it probably would not have turned out all wonderful. It did show me how NOT to do it.

When my girls reached menarche, I made sure they were ready. But those talks weren’t about sex, per se. I tried to make sure they knew that I was always willing to answer questions. But other than stuff coming up in everyday conversation (thanks to the news or pop culture), I’ve always had a lot of trouble broaching the subject. I had no roll models for doing so.

The only time my mom even approached the topic of sex was when we (me and the guy I was living with) announced we were getting married. My mom took me aside and asked me if I was pregnant. Surprised, I said no. That was it. Our conversation about sex. I often wonder what went through my mother’s mind at times like that. 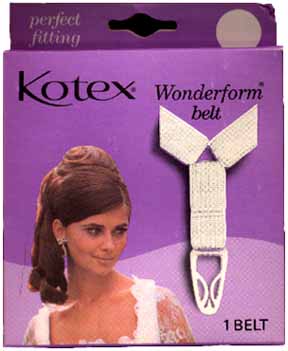 Like when I got my period. I didn’t run to my mother, because I was afraid that I’d hurt myself masturbating, and I figured she would somehow know and NOT BE HAPPY with me. I stuffed my underwear with toilet paper until she noticed while doing laundry and came to get me from school. She showed me the pads and how to use them (the old kind that needed a belt). All she said was that this is something that happened to women. No explanations other than it will come every month. She told me to tell her each month when it started and how long it lasted. Then she drove me back to school. When I came home, there was a couple of old booklets that she had given my older sister. They were classic late-fifties/early sixties, and I still have them somewhere. I showed them to my girls, but more in a “haha aren’t these a riot?” kind of way.

I’ve always wanted to do better, because I instinctively know that communication is better than silence. Sometimes I think sex education for parents would be a good idea. I’ve learned things in the past few years, about how my body works, and my partner’s, that I really should have known way back when.

Which got me to thinking. Sex fascinates me. If I were doing my life over again, I know what I’d get a degree in! I love writing about sex. That’s one of the reasons why I started writing erotica. That’s why I jumped at the chance to write for this blog. Back when I started writing and blogging about erotica, I told my kids about it, and it was no big deal to them. I’ll be telling them about this. And I’m thinking it will be just the thing for me to start a conversation. Because I don’t want my kids to have as hard a time talking about sex with their kids (if and when) as I have. And they can’t teach if they don’t learn.