Over the past summer, my girls, Marcia (8) and Cindy (6), and I started discussing the changes that happen to a kid’s body when s/he goes through puberty. We discussed all the usual stuff but in very general terms.
In boys, a few of the changes that occur are the following: hair starts to grow around the base of the penis, hair grows under the arms and on the chest, some boys get growing pains in their bones, and eventually hair grows above their upper lip and their voice changes.

The changes in girls can happen sometimes two years earlier than with boys. Many times the first change that’s noticed is breast development. At the same time that the breasts are starting to develop, the ovaries are growing inside. A girl also starts to grow hair around the vulva and under her arms. The hormones that are produced in a girl’s ovaries are causing these changes. These are just a few of the many changes that occur, sometimes as early as nine years old. All of this builds up to a girl getting her period for the first time.

I’ve heard lots of stories about kids and moms dealing with menstruation issues; some funny, some sad. Some girlfriends said their moms called it “The Curse or apologized to them. Others girlfriends say their mothers didn’t talk about first menstruation with them at all and then they feared they were dying because they were bleeding and it wasn’t stopping. Can you imagine the emotional trauma of a young girl who has no knowledge at all about what is happening to her body? On a lighter note, have you heard the one about the little girl who is helping her mom set the table for dinner and she goes into the bathroom and brings out the good “napkins”?

I don’t know about you but I am excited for when my girls make the transition from big girl to little woman. Based on my own experiences with menstruation at puberty I’ve tried to make menstruation a positive thing, you know, something to look forward to as well in this whole “growing up experience. I told Marcia and Cindy that when they get their Period for the first time we would have a party. Marcia at first didn’t want to tell people what we were celebrating and I said that’s fine. It’s a party for us. 😉 We are going to have a present and we will bake a cake¦ wait for it¦ a Red Velvet Cake! 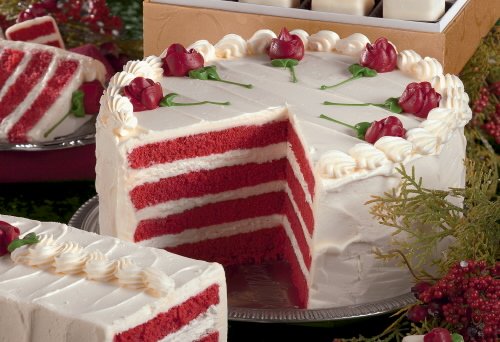 Cindy wants a figurine on the cake of a girl using a mirror to look at her private parts. THAT cracked me up. She’s also the one who came up with the name for the day¦ Happy Dot Day!

Lemme tell you about this present. I heard one of my favorite Bay Area puberty educators Ivy Chen give a fantastic suggestion at a meeting of parents, the one before students start puberty education. She suggested giving the girls a small toiletry bag filled with a clean pair of underwear, one of those heating pads that you twist to activate, a sanitary pad or two, and, if your school will allow it, a Midol for cramps. I thought this was a fantastic idea and that’s going to be the present my daughter gets on her Happy Dot Day.

Over time, as girls we’ve talked about all of the paraphernalia that goes with “surfing the crimson wave, pads, tampons, etc. We have also had conversations about, and this might sound fairly earth mother-ish to some of you, the Diva Cup Model 1 Pre-Childbirth

. This is not something for the squeamish but it’s very eco-friendly. One of my girlfriends tipped me off to it a couple years ago. I can honestly say though I no longer spend a single dime on feminine products for “Aunt Flo.

If they walk in on me in the bathroom¦and mothers, which one of you has not had this happen to you??… I don’t hide that time of the month from my girls (I haven’t shown them exactly what I’m doing but I have told them where things go and the purpose) because it’s a natural part of being an adult female. Obviously one day they will be one as well. It is ok to talk to your daughters, AND sons for that matter, about menstruation. Nearly every woman does it and a child growing up less scared or fearful around one more bodily function is a good thing.