Do I Hear Crickets? Where Are The Anti-Sexwork Folks?

I’ve been really intrigued by they way that people are referring to Melissa Petro, the elementary school teacher who has been taking a lot of heat for being honest about having been a sexworker, as “that woman” or “that kind of woman,” among other things. It highlights the belief of sexual contagion. Once a woman has been soiled by sex, she loses status to the point that she’s seen as less than “clean” women. It’s a classic way to shame someone. Virgin/whore dichotomy, anyone?

Yesterday, Debauched Domestic Diva wrote a post in which she asked why the anti-sexwork folks like Margaret Brooks, Melanie Shapiro, Donna Hughes and Gail Dines aren’t coming out in support of Ms Petro. After all, they’ve been saying that they want to help women get out of sexwork (which they consistently conflate with sex trafficking and being a victim), so they should be speaking out in favor of someone who is a past sexworker. But I think that she’s missed a key point.

I think that the biggest reason that Ms Petro has been attacked so much and why the anti-sexworkers haven’t stood up for her isn’t that she’s a former sexworker. It’s that she’s unapologetic about it. She is unashamed of it. She’s not acting out the story of the redeemed sinner. She’s not talking about how she was victimized by a pimp or forced to be a sexworker, because that is not her story. She chose to do sexwork, thinking that it would be a fun way to make some money while she was in grad school. And while she stopped when she found her experiences to be “physically demanding, emotionally taxing and spiritually bankrupting,” she was never a victim. (Read her words here and remember that her experience is not everyone’s. Some people have worse times as sexworkers, and others have better. In other words, YMMV.) 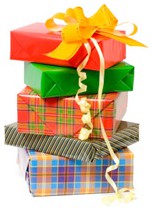 It’s also worth noting in this context that according to the latest research on sexual behaviors, 3% of men and .6% of women reported having had “transactional sex” in the last year, which was defined as paying or giving something for sex (p. 348). I’m willing to bet that those numbers would go up a lot of we included all of the sex that happens after birthday presents and Valentine’s Day gifts. So if someone who has sex for money isn’t acceptable as a teacher, how about someone who has sex after receiving a present? This is the sort of question that makes it clear that the either/or arguments of the anti-sexwork folks simply don’t work. The reality is much more complex than they acknowledge, which means that their simple “solutions” aren’t going to work. So it’s no wonder that we haven’t heard from them. In fact, I’d have been surprised if they had said anything at all.