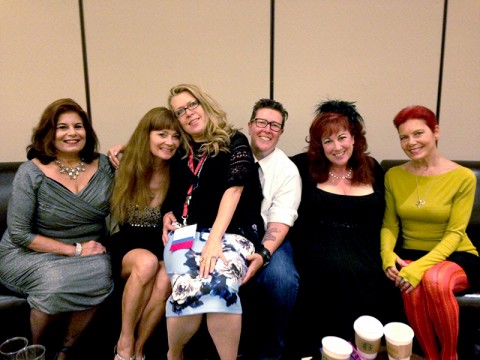 CatalystCon West 2014 just came to an end and the highlight of my conference weekend was moderating the Club 90 reunion and Closing Keynote Address with the lovely and illustrious Veronica Vera, Veronica Hart aka Jane Hamilton, Annie Sprinkle, and Candida Royalle. Together the women represent 150 years of women’s empowerment, feminist archiving and writing, gender and erotic expression & exploration, free speech activism, human sexuality education. It was a wonderful day and a superb way to end another amazing conference. Good Vibrations was the Silver Sponsor of CatalystCon and besides this keynote, Dr. Carol Queen, Coyote Days (GV’s Purchasing Manager) and I represented on other panels and topics. Good Vibrations also sponsors The Deeper Truth hosted by Shar Rednour to record deeper biographies of presenters and participants, known as the Catalyst Biographies. Big thanks to CatalystCon founder, Dee Dennis for another wonderful year! 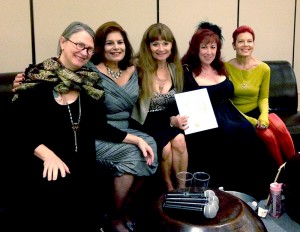 Come get a taste of the days when NYC was America’s sex film capital, movies were shot on 35mm film, making porn was cause for arrest, and Times Square was x-rated! A time before AIDS, Internet, social media and the ubiquitous smart phone. Most of all, come share the laughs, the drama and the intimate stories of this controversial support group and be inspired to start one of your own. Gloria Leonard passed away earlier this year; a chair will be on stage to represent her undying spirit and the love felt in the hearts of her remaining Club 90 sisters. This rare reunion promises to be candid, informative and electric! Moderated and hosted by Good Vibrations Executive Vice President, Jackie Strano.