Good Vibrations staff (and some of our partners) are hitting the road for an exciting trip to another CatalystCon! Catalyst West happens in Los Angeles (at a well-appointed hotel near LAX) this weekend, and Carol Queen, Jackie Strano, Coyote Days and Andy Duran are packing their bags for a weekend of fun, public speaking, and major networking. As Silver Sponsor, Good Vibrations will be well-represented on panels and in special events–and this Catalyst has more special events than ever before! Go check them out to get an overview of the happenings, and don’t forget to scope out the list of great presenters: http://catalystcon.com/ Follow us on Twitter at @GoodVibesToys and see our tweets with the hashtag #ccon to get more detail on the interesting discussions generated by panels and presenters. To keep an eye on your Good Vibrations pals, also watch the hashtags below! There’s a lot going on, and even if you’re far from Southern California, you can stay connected to the conversation. –CQ

CatalystCon and Good Vibrations collaborate on sponsorship, content, education, and sex positive culture! Here are all our gigs at #ccon:

and Kristin Beck, subject of the doc film Lady Valor (#LadyValor, @The LadyValor) that explores her military history as a former Navy Seal Team 6 member and transition from male to female.

On Friday we’ll all be enjoying Catalyst, including the always-inspiring opening panel discussion (this year it features our friends Conner Habib, CunningMinx, Lynn Comella, Winston Wilde, moderated by Mo Beasley.

Also on the roster for Saturday:

Social Media and Feminist Ethics: #Activism and the Politics of Responsibility

This promises to be a very thought-provoking panel on social engagement and responsibility regarding sex positivity, feminism, and activism. Why are online communities sometimes divided by controversy that can be driven by the way people communicate online and in social media?

Sex Toys: Past, Present, and Future

Katie Mack is a blogger and toy reviewer with a background in psychology and Ashley Manta is a seasoned sexuality educator and writer. Together they make up Carnalcopia, a sex and relationship podcast on the Swingset network.

Shar Rednour will be taking to the microphone, too!

Biographies from the Catalysts 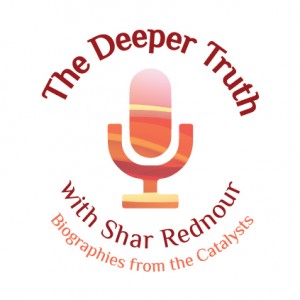 Join the live audience as author, educator, performer, and radio personality Shar Rednour hosts a series of hot, uncensored discussions with some of sexuality’s most exceptional catalysts. These one-on-one talks will put ground-breaking thinkers, activists, educators and innovators in Shar’s sexy hot seat as they share their histories, their inspirations, and their plans for how we can all change the world. As an experienced interviewer and radio host, Shar will take her guests beyond current politics and sound bites to discover the deeper truths about how these inspiring figures became who they are today.

These sessions mark the beginning of Shar’s partnership with CatalystCon to create a podcast library, recording biographies of today’s leaders in the field of sexuality. You don’t want to miss the sparks sure to fly between Shar and some of the most captivating, engaging personalities at CatalystCon–including Jackie Strano!

Off the Page: Sex Talk with Carol Queen and Friends

CONSENT MATTERS! This riveting seminar will discuss one of the biggest trending current social issues from University campuses to NFL players to everyday people, with discussion about what consent IS and how to make sure we all value it.

In this session, we will look at the underlying dynamics associated with slut shaming, challenge the paradigms that support a slut shaming culture, and continue the much needed conversation towards challenging the assumption that those who think, feel or express their sexual identity should be targets of shame, guilt, violence, or inequality.

Join Coyote Days once again as she delves into what is Body Safe, and what goes into making American adult’s favorite ‘toys.’

Last but not least!! 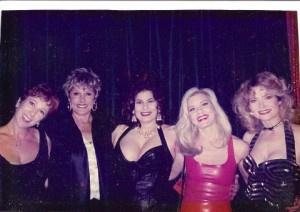 Their Story, Their Legacy, Their Love

Come get a taste of the days when NYC was America’s sex film capital, movies were shot on 35mm film, making porn was cause for arrest, and Times Square was x-rated! A time before AIDS, Internet, social media and the ubiquitous smart phone. Most of all, come share the laughs, the drama and the intimate stories of this controversial support group and be inspired to start one of your own. Gloria Leonard passed away earlier this year; a chair will be on stage to represent her undying spirit and the love felt in the hearts of her remaining Club 90 sisters. This rare reunion promises to be candid, informative and electric!