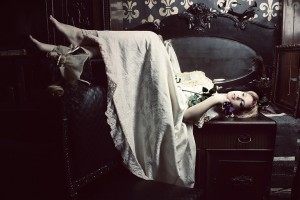 Few towns are as picturesque as Mendocino,  perched cliffside on the Pacific coast and beautifully preserved. I had a front row seat at the theatre to enjoy the show, a comedic and yet moving story of a Victorian doctor (who specializes in treating hysteria with you-know-what) and his wife, who becomes so curious about what he’s doing with his mostly-female patients “in the next room” that it upends her self-image and their marriage, in ultimately a good (if possibly not very Victorian) way. The show riffs off Rachel Maines’ fabulous book The Technology of Orgasm and explores the way vibrators gave doctors techy opportunities to more efficiently treat hysteria—the doc in the play is practically an electricity evangelist, so devoutly does he believe in the curative powers of this new technology. Like Hysteria, the movie starring Maggie Gyllenhaal, the play also lets 21st-century audiences peek into the gender relations of a time when women (at least, women who were white, and not poor) were the practically-sexless “angels in the house”—and explores how alienating a state that was for them, and for their marriages. 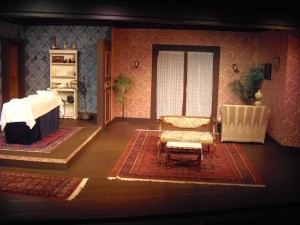 You’ve still got a minute to see this fun and fascinating show! http://www.artsmendocino.org/index.php?option=com_zcalendar&task=view&vmode=e&format=html&viewid=1&eid=10885&Itemid=1

And my talk will be on the radio soon – look for it on Friday, 9/27, on KNYO-LP in Fort Bragg, 107.7fm, and on the web, Noyo Radio. http://knyo.org. Marco McClean, who recorded the talk and on whose show it will  air, tells me he starts at 9pm. My section is scheduled to start at 9:30. A day or two after the Friday show he puts a link to the recording of the show on his weblog, http://memooftheair.wordpress.com. Tune in if you like – and thanks, Marco!