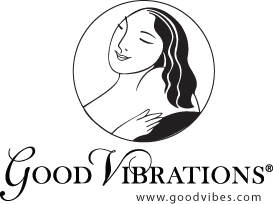 Your article on Stanford doctors’ David Wise and Rodney Anderson’s invention to treat pelvic pain in men is a useful introduction to an issue that is discussed all too rarely; we hear a good deal more about this issue in women (especially here at female-friendly sexuality resource shop Good Vibrations, where women frequently come to us describing sexual issues stemming from pelvic floor pain)— but of course pelvic floor dysfunction isn’t a problem for women alone. However, the doctors have mis-remembered some elements from their mid-1990s visit to Good Vibrations. The S-curved prostate massager they saw is called the Crystal Wand, and it is not made of glass, but of clear Lucite. It was designed specifically for pelvic health maintenance and when we began to sell it in the mid-1990s, it was a rather big deal that we were a sex toy store and not a clinic. Our colleagues at UCSF Medical Center (University of California at San Francisco) mention the Crystal Wand even now on their informational page about treating pelvic pain. It mystifies me a little that Drs. Wise and Anderson consider it to be unsafe; it would take some doing to lose a 10-inch S-curved item. (While not an impossible feat, the person would have to be pretty motivated.) Plenty of people do need to have things removed at the ER, generally household items that probably seemed like a good idea at the time; we spend a fair amount of energy on the sales floor discussing safety, and have never heard of a case of the Crystal Wand posing a danger. If we did, we’d certainly not carry it.

Dr. Wise’s wry recollection that they were the only guys in the store with ties and no tattoos is a great ’90s flashback. It’s certainly not that way today, especially not in our two newest stores, in Palo Alto near the Stanford campus and in the San Francisco Financial District. In fact, we notice that some of the guys with tattoos are now wearing ties, and, I suppose, vice versa.