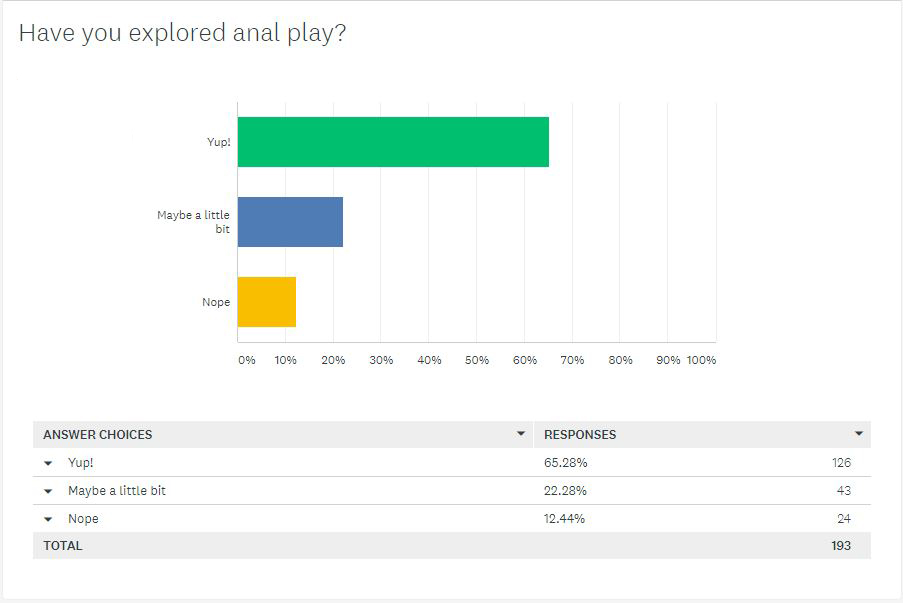 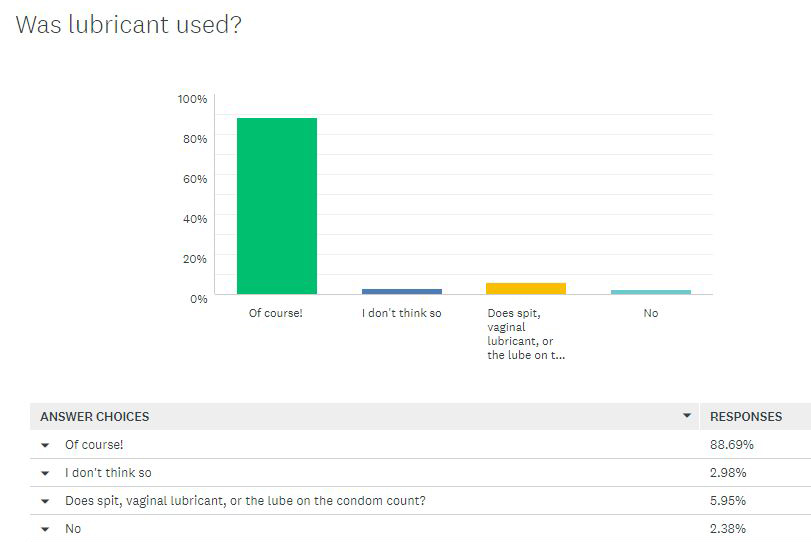 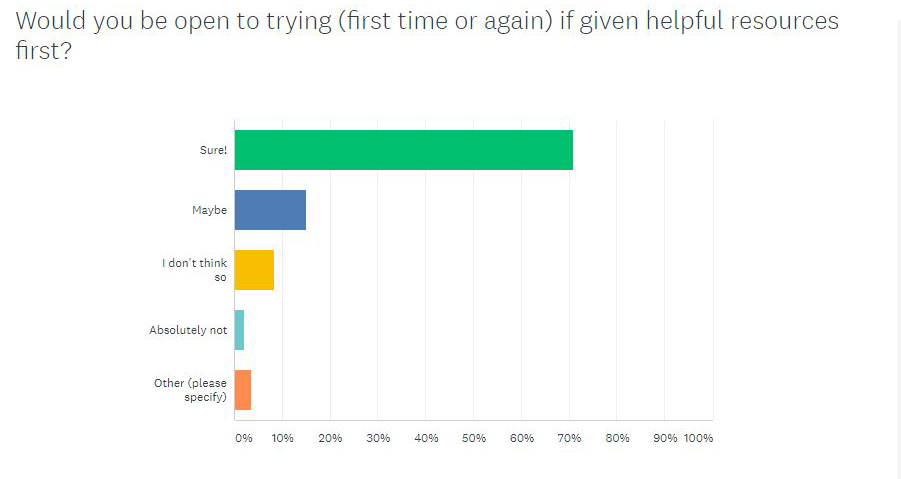 Would you be open to trying (first time or again) if given helpful resources, we wanted to know? Close to 71% said yes. Thank you for redeeming our faith in education! 15% said maybe. A bit over 8% didn’t think so, and a little over 2% said “Absolutely not.” That was those four people without the lube, we think, and they’re the ones we really, really want to talk to! On the other hand, if you have a less-than-pleasant experience with sex of any kind, it’s a pretty rational response to decide you don’t want to do that thing any more. There are plenty of other delightful sex things to try!

A little under half of our respondents were between 35 and 54 years of age. Close to 20% were younger, while not quite a third were older. 63 women, 111 men, and 11 people who identified in some other way (trans, nonbinary, agender, and “F+” participated in the poll, plus nine people who specified no gender identity/did not answer.

The USA participated most heavily, no surprise, with 178. We asked what region of the country they lived in: Over 23% were from the Pacific region, our home base. We’re in the Boston area too, and that was the second-highest region in terms of number of respondents at over 13%. The South Atlantic region (from Delaware down to Florida) sent the same. Next-highest was East North Central (Ohio to Michigan) with not quite 13%; the Mountain states (from Montana all the way to New Mexico) at almost 10% (looking at you, Idaho! Party on!); and Mid-Atlantic (NY, New Jersey, Pennsylvania) and West South Central (Texas and its neighbors) tied at almost 5.5% each. Less well-represented (but still standing up to be counted!) were West North Central (Minnesota, the Dakotas, and the surrounding Plains states) at not quite 5%; and finally East South Central, sometimes also known as the Deep South, whence a little over two percent of our respondents hailed.

Wherever you are, we thank you so much for participating, and we hope you’ll want to share your insights and experiences in future Pleasure Polls. Don’t forget the condoms and lube!