It seems that the Canadian women’s biathlon team is a bit short on funds this year. So they’ve put a nude calendar out to raise funds for the 2010 winter Olympic team. 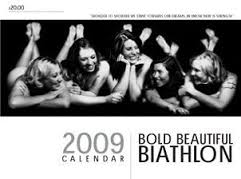 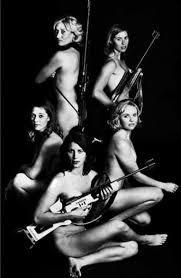 I feel so mixed about this. On the one hand, nude women with rifles are sure to be a source of much needed funds and the photos I’ve seen are way hot. On the other hand, athletes should get the support they need to train without stripping down, and women athletes are notoriously underfunded compared to their male colleagues. Plus, when was the last time you saw male athletes posing nude to get money to train?

Whatever you think about the idea or the calendar, there’s no denying that this seems to be a trend. According to the Sault Star (an Ontario, Canada paper), “The team followed the trail blazed by Olympic heroes Sara Renner and Beckie Scott who produced a similar calendar in 2001, parlaying the support into a cross country olympic gold medal for Scott in Salt Lake City in 2002 and a silver for the pair at the 2006 games.” Check out that article for a photo of the team with their rifles.