The Battle for Consent in American Sexual Politics 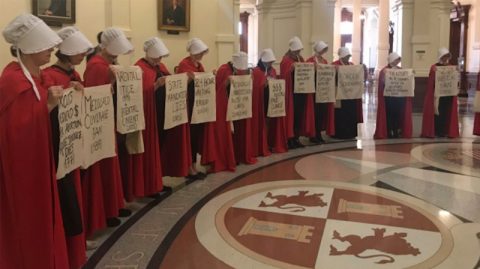 Legislation to control several aspects of sexuality is not new in the United States, but it is more prevalent than ever in the current political climate. New bills are popping up all over the country, restricting access to sex education and sexual health care for all people, but especially women. Old rulings are re-surfacing, bringing back what seems like archaic laws, proving that the protection so many people counted on did not exist in the first place. More and more people are blindsided by rulings that are not humanely right. Of course, like with any major legislation restricting someone’s rights, there are many voices fighting against these rulings. These human rights laws should not have to be debated, but even after years of progress, the fight is still continuing.

These laws restricting sexuality and access to sexual healthcare affect people more than they realize; the bills range from ridiculous to horrific, threatening the right to consent and for someone to have control over their own sexuality and body. A North Carolina Supreme Court ruling known as State v. Way is one such horrific bill that seems like it comes from some sort of fictional dystopian society, except it is very real for many individuals in North Carolina. This bill actually creates a loophole for those accused of rape, and that loophole is that if someone has agreed to penetrative sex, but later changes their mind after penetration has already occurred, and the other party ignores them, that person CANNOT be charged with rape. According to Justia, an informational site covering countless legal rulings, the accused can be charged with other crimes due to their actions, but rape is not what they would be guilty of. Clearly, this ruling is outrageous and it is a surprise to many that it has not been overruled yet; State v. Way has slipped through the cracks of North Carolina’s legal system for almost forty years, but it is currently front and center in the legislative world today.

Aaliyah Palmer is one woman who has been betrayed by this legislative decision. Palmer, who is 19, initially consented to have intercourse with a man she met on Tinder in January 2017 at an apartment complex near Fort Bragg, but when the man started to pull out her hair about five minutes in, she told him to stop. He did not listen to her, even though Palmer told him several times to stop. The Fayetteville Observer was the initial newsource to report on Palmer’s story, revealing Palmer’s name because she wanted to go public with what happened to her. State v. Way prevented Palmer from getting justice, as the man who was involved in the incident did not get charged with rape; in fact, he did not get charged with any crime, despite Palmer reporting the incident within a little under two days and completing a rape kit. The legislative system is supposed to protect individuals from crimes against them, but State v. Way does not protect anyone, except for the individuals who are looking for a way to escape their crime. “It’s really stupid…if I tell you no and you kept going, that’s rape”, Palmer said after she found out about the law (Fayetteville Observer 2017) and this law is one that punishes the people who have gone through awful experiences while never punishing those who did the harm.

The Fayetteville Observer reveals the story initially came to light because there was footage recorded and released of Palmer’s encounter by four men: John Nagy, Anthony Johnson, Jeffrey Creech, and Samuel Mazariegos, who were Fort Bragg soldiers that attended the party. The four men responsible for the recording were charged with counts of possessing illegal Peeping Tom images and for engaging in Peeping Tom behavior, and one of the men was also charged with injury to personal property. Palmer left her boots at the apartment after she was finally able to flee her ordeal, but when she returned the next day to pick them up, she discovered Mazariegos defecated in her boots, which can clearly be seen as a display of disrespect towards Palmer. Palmer is a victim to this outdated and horrendous legislation, but she is still fighting. She is using her voice to help fight against laws like State v. Way and voices like hers are one of the ways to make sure that laws like these are overturned. Palmer is not the only woman who has come forward with her story; Amy Guy consented to have sex with her estranged husband in an attempt to pacify him after he drunkenly came to her apartment and demanded sex. Like Palmer, Guy withdrew her consent once the encounter became violent, but the violence continued. Guy’s estranged husband was actually originally charged with second-degree rape, as stated by the Fayetteville Observer, but the State v. Way ruling made it possible for his rape charge to be changed to a misdemeanor assault charge. The ramifications of this piece of legislation are huge; if someone’s no means nothing in the eyes of the law, what will that mean for others? This is the kind of law that needs to be overruled, or else there may be no consequences for someone refusing to listen to another person saying no.

There have been efforts to throw out the State v. Way ruling, both by citizens and by legislation. Senator Jeff Jackson said, “Legislators are hearing more and more about women who have been raped and are being denied justice because of this crazy loophole…North Carolina is the only state in U.S. where no doesn’t mean no” (Fayetteville Observer 2017), and while Jackson introduced a countermeasure to State v. Way, titled Senate Bill 553, the bill has not left the Senate Rules Committee and it was introduced to the Committee on April 3, 2017. The countermeasure would overrule this ruling, and allow for the failure to stop intercourse to be criminalized, which is exactly what should happen. The fact that the bill has not moved in over three months proves that there is a problem when it comes to the laws that are dictating what can and cannot be permissible and charged; women are in charge of their sexualities and this law is an infringement on their rights to control their sexuality and their basic rights to withdraw their consent. State v. Way is one of the many laws that is a direct attack on sexuality and someone’s right to having agency over their own sexuality, and there are countless more still active today. 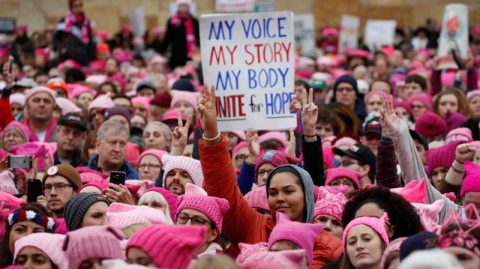 More than ever, women are being vocal about their sexualities and their right to choose what they do with their bodies. It is becoming a common sight to see women fighting for their rights, especially now that a lot of the legislation related to women’s bodies is restricting their freedom rather than further empowering them. Anti-choice abortion laws have been on the rise over the past few years, and there have been no shortage of them. From Arkansas to Ohio back down to Texas, legislation has been put into place that would greatly restrict a person’s agency over their own body. Texas, in particular, has been a state where anti-abortion laws have been proposed constantly, one after another. In 2013, Texas shut down more than half of their abortion clinics, due to the controversial House Bill 2, which forced clinics to follow very strict, costly, and medically unnecessary requirements. Despite HB2 being turned over by the Supreme Court in 2016, there are still only about 19 abortion clinics in Texas, which is such a small number considering the size of Texas. According to statistics posted by the Texas Tribune, if HB2 had been upheld by the Supreme Court, Texas could have possibly only have had ten abortion clinics for 5.4 million women of reproductive age. These clinics would have all been in the larger cities, not making them easily accessible to those living in the rural areas of Texas. Now, Texas anti-abortion legislators are increasing their restrictions and efforts to further limit access to abortions for women all over Texas. Senate Bill 8, as the one of more recent legislations against abortion is called, is a good example of how controlling and utterly unnecessary these laws can be. Reported by Slate, SB8 will: essentially ban second-trimester abortions by making the safest form of second-term abortions illegal, potentially punish anyone who assists a woman get certain abortions, and force women to dispose of their fetal tissue by some form of burial. On top of that, women who have abortions are not allowed to donate fetal tissue, which can be used for scientific purposes. SB8 is one of the most restrictive abortion laws Texas has ever come up with and is a clear attempt to control the agency women have over their bodies. The aftermath of HB2 can still be seen in Texas, even after being overturned and SB8 is one law that will continue the harmful trend of disregarding a woman’s right to choose and the access to proper care.

Many see these laws as a way to control the choices of women, and many also see the laws as attacking women for choosing to be sexually active. The legislations often target Planned Parenthood and other facilities that provide sexual healthcare and education; the right to choose abortion as an option is often the main focus of such bills, but birth control access is frequently restricted as well. The restriction on abortions and also on birth control leaves many in a catch-22 situation, leaving them with few options for protection during intercourse and then denying them access to abortions if they were to make the decision to have one. It is little wonder why many see these laws as punishing for or preventing women from being sexually active; these laws are a clear example of why women are continually fighting for their rights to make their own choices.

There has been more than one instance of women appearing in red cloaks and white bonnets when appearing in the halls of Capitol buildings to protest extreme abortion laws and limited sexual healthcare; abortion laws that would take away their ability to choose the best decision for themselves and the lack of access to the education and healthcare would make it even more impossible to make those hard decisions. The red cloaks and white bonnets channel the controlled Handmaids of Margaret Atwood’s The Handmaid’s Tale, and the use of the clothing serves as a warning of what could happen if the restrictions and the laws against choice continue. The silence of these women is one of those silences that speak volumes; they are expected to remain voiceless while legislators who do not understand them or the decisions of other women make laws that will restrict their right to make choices for themselves. Generations of women have stood together and fought the fight to own their sexuality and to own the choices surrounding their sexual health and well-being. Women will continue to fight for their rights until there is no question of whether or not someone can say “no” and when there is no threat of not being able to make decisions for one’s body.

Make a contribution through Good Vibrations’ GiVe Campaign

Dani Rubinstein-Towler received her MFA in Creative Writing from Mills College and her BA in Creative Writing/Women and Gender Studies/Sociology from Ohio Wesleyan University. Rubinstein-Towler is the Assistant Manager at the Good Vibrations Polk Street location, and she is dedicated to spreading the sex education Good Vibrations strives to provide, as well as the overall message of Good Vibrations. She has identified as a feminist since she was thirteen and been passionate about sex education and sex positivity since high school, and will continue to speak and write about those topics as well as many more.