Do we all stay single?  Are we lonely?  Do we get married?  Do we have sex?  Do we just find and hook up with other asexual people, or are there sometimes mixed-sexuality relationships? 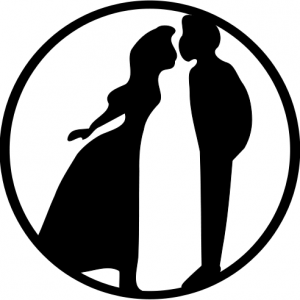 First, I’ll point out that romantic partnerships are not the only kind of long-term relationship that a person can have.  Sometimes, people form partnerships that are committed and long-lasting, but NOT romantic.  They may even live together and support each other like other kinds of more traditional romantic partners, but not feel romantically about each other.  Not all kinds of intimacy are romantic.  And anyone can find themselves in a situation like this—not just asexual people.

That said, the question of how romantic asexuals deal with partnerships can be a complicated one.  Mostly because sex is so commonly “expected” in romantic relationships . . . to the point that some people don’t see how a relationship can be romantic without it.

Problem 1: Asexuality is uncommon.  Many asexual people spend most or all of their lives unaware that “asexual” is a thing a person can be, and if they do find out it’s a legitimate orientation, they’re usually the only asexual-identifying person they know in their social group.  This leaves those folks who want an asexual partner to search online or across distance, as they’re unlikely to randomly meet each other and there’s no Asexual Night at the club.

Problem 2: There are plenty of other compatibility factors.  Sexual compatibility is not always an asexual person’s first priority in dating; not being expected to engage in sexual behavior with significant others or spouses doesn’t make it an ideal situation.  It ends up being more practical to partner up for other reasons, and if it’s possible, work out the sexual compatibility in individual cases.

So in a relationship that includes asexual people and people who do experience sexual attraction, compromise is in order, and we find that most people will assign the fault to the asexual(s) in this sort of relationship.  This couple or group is seen as problematic because “the asexual person doesn’t want sex enough,” not because “the sexual needs here are mismatched.”  To begin to understand these compatibility issues, we have to first acknowledge that every arrangement is different and the ultimate purpose should not be “how can we change the asexual person?”

Some people feel that those who experience sexual attraction are “the default” and therefore shouldn’t share any of the “blame” for incompatibility.  In their minds, sex is just something they should expect to receive in a normal relationship.  It is owed to them; it is understood to be part of the package deal.

Anyone who feels it is impossible to be in a relationship in which the partner(s) might not consider sex a necessity should not establish a relationship with an asexual person who’s reluctant toward or repulsed by sex.  I should stress that there is nothing wrong with feeling that sex is necessary in your relationship.  That’s fine—it’s your right to specify what the boundaries of your relationship are and what expressions of intimacy you’re looking for.  Just please try to understand it as your preference, not as “the way things are supposed to be” (therefore supposedly justifying demands that the asexual person should be the only one to compromise).

If an asexual person wants a relationship with someone who does want to make sex part of the relationship, compromise is required in individual cases.  Here are some ways that couples or groups with different sexual needs involving one or more asexual people have handled their relationships. 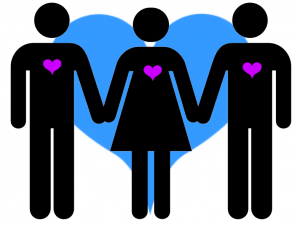 Some people for whom sex is vitally important scoff at the idea of a person of “normal” sexuality actually being willing to give it up for an asexual partner who’s unwilling to have sex, but I have explicitly heard from non-asexual partners of asexual people who say they just don’t consider sex absolutely imperative when other things in the relationship mean more to them.  People outside this equation don’t get to judge that relationship as incomplete, accuse the asexual person of being cruel, or accuse the non-asexual person of obviously “getting it on the side” (or suggest cheating is inevitable once they get frustrated).  Close-minded people often insist that their sexual negotiations define what is healthy, accusing anyone with a different arrangement of lying about their happiness.  But every partnership needs to be negotiated by its participants—not by people who simply can’t imagine being happy in that arrangement themselves.

Asexual people do sometimes feel guilty if they don’t satisfy their partners in a way that seems so fundamental and important to them.  This happens even without inordinate pressure from the partners or society.  No one likes to be a disappointment, and asexual people are (sadly) pretty used to being treated like they are not good enough for a partner because of this “flaw.”

If you’re a person who does experience sexual attraction and you find yourself dating or wanting to date an asexual person, please be sensitive to this and also understand that asexual people want to work with you to make sure you’re happy.  If there’s something they can give you that they’re willing to do and it does not violate terms either of you hold dear, it can still be a satisfying relationship.  Considering it’s common in relationships to have different sexual appetites, quirks, desires, kinks, and preferences, all relationships contain this element of compromise to some degree.  Just remember that a relationship with an asexual person is not necessarily all or nothing. 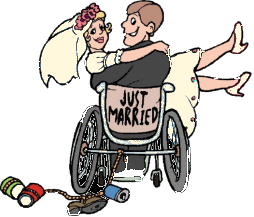 Sometimes, therapy does help.  However, please be aware that not all sex therapists or relationship therapists recognize the legitimacy of asexuality, and it’s possible they may target the less willing partner as the problem.  If your therapy focuses entirely on how to help an asexual person tolerate or initiate sex more often to satisfy someone with a larger sexual appetite, it is not balanced therapy.  Unless the asexual person has expressed a wish to cultivate an interest in or a tolerance for sexual activity, this is not appropriate and you should find yourself another therapist.