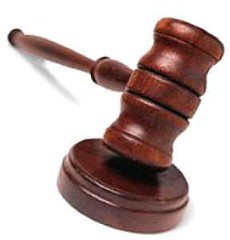 My heart goes out to sex workers who are not allowed to see their children due to source of income discrimination, a phrase that technically refers to housing issues, but is completely applicable here. I would like to point out that what both of these women do (and what I do!) is 100% legal. They have broken no laws, and while their sex lives may be more extreme (and fun!) than those of other people, everyone who has kids does have a sex life–even if it doesn’t feel like it sometimes. Or perhaps most people’s private sex lives are exponentially more radical than that of the average sex worker. I’ve never seen a study about it, so I don’t know.

As a mother who is a sex worker, I am afraid not only for Holiday, but, in an abstract way, for myself. My husband has appeared on camera with me a handful of times, but I have no way of knowing if a judge would find that my more extensive adult career would render me a less fit parent. In my opinion, it would make me a much better parent–sorry, Honey. I mean, I can stay at home with my son while still earning a good income, I have flexible hours, and I’m pretty much guaranteed to never be out of work. In addition, I’ve rented an entire apartment to keep my adult material in. While I can’t really say for sure, I’m guessing I have less adult materials in my home than the average non-sex worker who has to shove it all in the nightstand drawer.

This is something I discuss with sex worker moms fairly regularly. It’s not as fun as many of the other “What would you do if…” games we play, but it always seems to come up, whether we’re single, married, or in committed relationships; whether our partners know what we do or not. It’s a scary thought and there’s really no legal action that can be taken to ensure that this will not be made into an issue. The only step I’ve been able to take to prepare myself has been to be familiar with kink friendly, sex positive lawyers in the area.  And while I would do this anyway, I feel added security in that my husband appears on camera with me every so often.

Many people would probably say, as they have been saying to Kendra Holiday, that we sex workers should find something else to do if we’re so worried about our sex lives becoming issues in custody battles. But people who choose to  become sex workers don’t do it if they’re not deeply committed to sex, whether that means having it, educating others about it, producing movies of it, or just writing about their fantasies. Or, at least, they certainly don’t last.

Imagine if every sex worker with a kid just up and stopped working–and not just the ones that you know have kids. There are plenty who successfully keep secrets. The adult industry would grind to a halt. For one, you probably wouldn’t be reading the Good Vibes blog right now. It would be good-bye to actresses ranging from Desi Foxx to Isis Love, who have both publicly come forward as mothers, with Love even posting her son’s first YouTube video to her Facebook account.

And where do we draw the line exactly? When we say someone is a sex worker, we usually mean they are an escort, phone sex operator (PSO), dominatrix, stripper, or web cam performer. By this definition, Kendra Holiday is not a sex worker, though she has been in the past. She is still being sued over sex, which has already cost her the straight job she had before, so there goes that plan. If someone works in an adult bookstore, they’re usually not called a sex worker, yet they’re directly making their living off of selling sex. In the past two years I’ve only had on camera sex with my husband and only doing things that we do in private. As a dominatrix, I never have sex with my clients and have plenty of co-workers who have never had sex on camera or with anyone they weren’t in a relationship with. But we’re still sex workers. Of course PSOs never come into any contact with their clients beyond clandestine phone calls. So I’d like to know, at what point do we become unfit parents? Holiday’s case may set the precedent that you can’t even blog about sex if you want to keep your kids.

If you also feel strongly about this issue, please write to your Congress representatives, senators, and even the Supreme Court. I am. It might, God forbid, help me see my babies someday! You can also donate to Kendra’s legal defense fund. I’m sure she’d really appreciate not only the financial help, but knowing that not everyone is like her ex-husband.