The other day during a broadcast of the 2012 Olympic games in London, an underwater altercation occurred during a women’s water polo match between a US player and a player from Spain.  The only reason we heard about it was because there are cameras below the surface of the water besides the ones above the surface.  So what’s the big deal about this little fight?  We saw a full side view of the Spanish athlete’s breast and nipple.

Twitter supposedly went NUTS. Some choice tweets were: “I don’t think that’s legal to see a girls boob fully exposed on the tv during an olympic water polo game.. #wtf there are families watching” and “Just saw a boob on the Olympics. Womens water polo is awesome!!”.

This event is now being called “The Water Polo Wardrobe Malfunction”

I’ve heard about as many people complain about seeing a breast on TV as I have people pissed that it wasn’t in High Definition.  While there’s a difference between sexy and sexual, this instance was NEITHER one of these.  It was simply a breast shown by accident.

To those who are fans or players of water polo, this is nothing new to the sport however. Something similar happened at the 2008 games as well. A Greek athlete had her left breast fully exposed but she was above the water surface when it occurred.  A friend of mine told me about her cousin who played water polo.  She said, “If you talk to her about “malfunctions” she will tell you, this example was innocent and tame compared to the thrills she and her team mates gave the crowd each and every game. She once said, ‘you have to be OK with flashing your boobs to an audience if you want to play water polo.'”

Lots of American know that Europe has plenty of nude and/or topless beaches.  It may not come as a surprise to you then to know this “event” was not news at all in mainland Europe.  I reached out to some of my European friends through facebook and email.  The only info available about that match was betting information.  One friend’s German husband said that “German media reporting on the malfunction would be like the Chinese reporting on a spilled bag of rice; It isn’t news”.  That statement may sound a bit off to Americans but it is important to understand the pull-no-punches bluntness of many Germans.

Europeans think it is laughable that America is freaking out about this (much like they did when we freaked out over the Janet Jackson – Superbowl “Wardrobe Malfunction”. 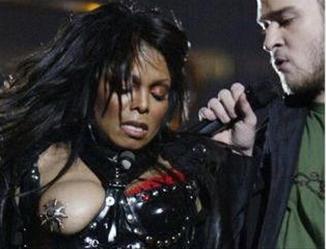 I recall this because that was when I lived there.)…and rightly so because seeing a woman’s breast or nipple does NOT need to be a big deal.  We all have them – nipples that is.  We have breasts too.  Some are bigger than others, some are small, some hang, some are fake, etc etc etc. There’s nothing to be ashamed of in terms of our bodies.  To do so sets people (men AND women) up for issues later in life.

It’s interesting to note here that the original olympic games were done NAKED.  Wikipedia says (fine, I know Wiki isn’t the end all, be all authority but stay with me) “The athletes usually competed nude, not only as the weather was appropriate, but also as the festival was meant to celebrate, in part, the achievements of the human body. Olive oil was used by the competitors,[…] to keep skin smooth, and provide an appealing look for the participants.” (emphasis added)  These are amazing athletes competing at the international level. They are not there to titillate (yeah, I went there) the viewer – more like astound the audience with their amazing feats of athleticism, sportsmanship, and awesomeness.

Boob shown on the Olympics? Kids are NOT going to be scarred by seeing breasts.  They WILL be more scarred by your reaction; or at the very least, entertained that you are being ridiculous and take every opportunity to point breasts out to you to see your embarrassment again.

As an educator about sex & sexuality, when I initially heard about this”event” I was all like “GAAAAAAAAAH”, then I was all like running and screaming down the hall, then I was all like beating my head against the wall.  But seriously; no, America, seeing neither the boob nor the nipple is going to scar your children. Your shame and fear about it probably will.