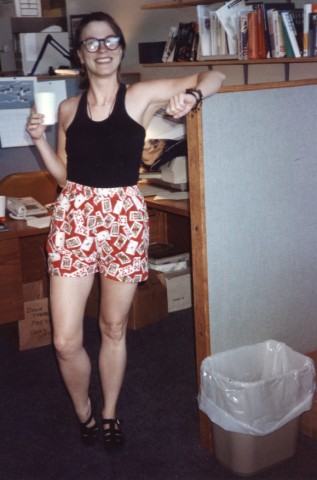 To say that Carol Queen has helped shape the world for the better would be an incredible understatement. This year the staff got together to celebrate Carol’s 28th anniversary with Good Vibrations by anonymously counting down 28 of our favorite ways that she has brought pleasure into our own lives, and the lives of our community.

So in no particular order, let the countdown begin!

1.) She gave us Real Live Nude Girl––“My introduction to Carol was through reading Real Live Nude Girl. The ways that she embraced with wonder her own evolving sexuality & the sexual expression of those she met was awe-inspiring. Shameless. Judgement free. Open. To say it changed my life would be an understatement.” 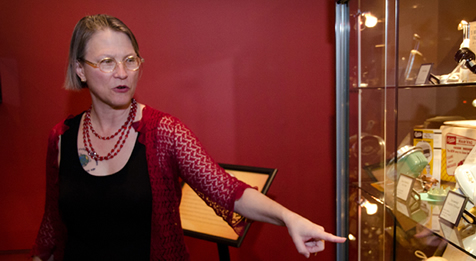 3.) She trains our staff–Perhaps you don’t know but Carol is responsible, along with colleague Educator Andy, in training all of our employees who work in the stores. “Watching Carol educate our SESAs over the years has been a wonderful experience for me.  I love hearing new folks talk about meeting Carol for the first time.  She is legendary in our sex-positive world/culture.  Carol is always available to share her wealth of knowledge and expertise.  She does so in a way that does not make you feel shame or embarrassment, no matter what your question or concern may be.” 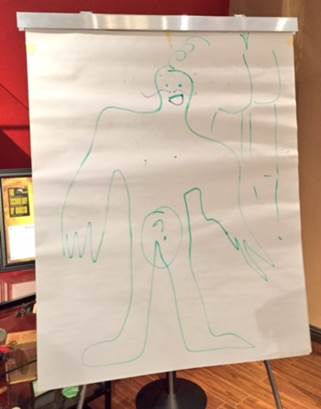 5.) Because she makes small frames super fashionable! —“I literally met another sex educator who referred to her own pair of small rounded glasses as her ‘Carol Queen glasses’ and I didn’t realize just how much they’ve become her signature look.”

6.) Because she gave us one of the hottest genderfucking queer erotica novels of all time! The Leather Daddy & The Femme

7.) She gets invited to the White House--(at least with previous administrations).

8.) She’s been in a number of movies, documentaries, and sexuality films including Marriage 2.0, UnHung Hero, A(sexual), and Snapshot. 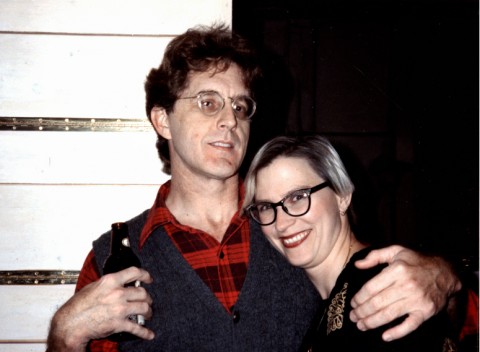 9.) She is the co-founder, along with her partner Robert Lawrence, of the Center for Sex and Culture in San Francisco.

10.) Because she wants you to feel comfortable celebrating your body.

11.) She regularly speaks at the California Academy of Science about the physiology of pleasure-–“I always love working Cal Academy Nightlife events with Carol and Andy. Carol is such a wonderful storyteller. I could hear her talk about antique vibrators and their history a thousand times and I will always find myself trying to listen even if I’m talking to someone else at the table. Carol has the best anecdotes!” 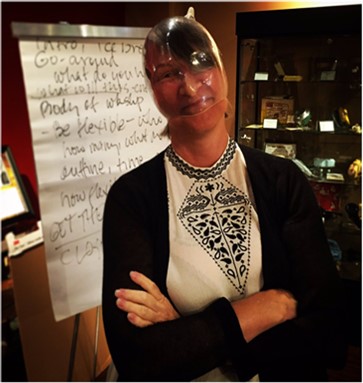 Think you’re too big for a condom now?

13.) She started one of the nation’s first LGBTQ youth groups in  Oregon-–“I reached out to the Gay People’s Alliance in college (that’s what we called it then, they hadn’t discovered lesbians or anybody else), and was one of the founders of a gay youth group in my town — in 1975, it was one of the first in the nation.” – Carol Queen

14.) Her vocabulary–From casually tossing in technical terms about the vagina pocularis (or prostatic utricle), to using “hella” as an official unit of measure (because it is!), Carol is the funniest person we’ve ever listened to. She also makes sure that we always understand the words that often get overused. Check out her essay on Sex Positivity.

15.) Carol Queen is never afraid to be herself!—“Several times a day when I wonder how to get through a situation I think to myself, ‘What would Carol Queen do?’ and I become fearless!” 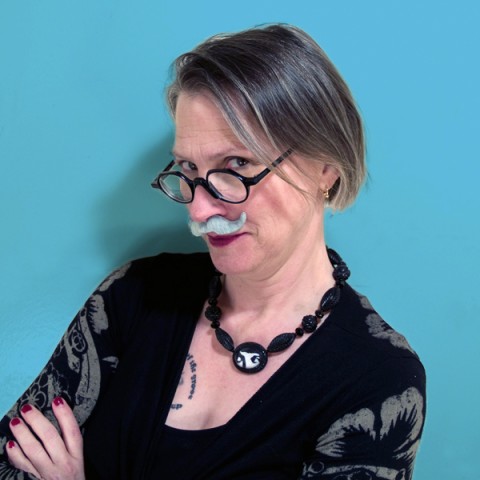 Carol Queen rockin’ a powder blue mustache before it was cool!

17.) She’s a former Lusty Lady, which was a historic peepshow in San Francisco which became the first unionized sex business in the US in its time, selling the business to the dancers themselves.

19.) Carol is never afraid of a road trip–“The Queen LOVES to drive. There’s never a gig too far if it means she’ll get some quality time behind the wheel.” – Check out some of her old stories here of when she would travel the country teaching sex education in some of the most rural and conservative venues. 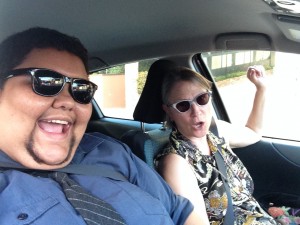 20.) Carol works with medical students and student therapist to help prepare them on how to be more Sex Positive in their future practice. (Thank you for your service!)

21.) She is a former San Francisco Pride Grand Marshall.

22.) She was an originator of the Masturbate-a-thon.

23.) She speaks at Harvard, Oxford, Stanford, UC Berkeley, NYU and other top Universities through our SHOW Program. 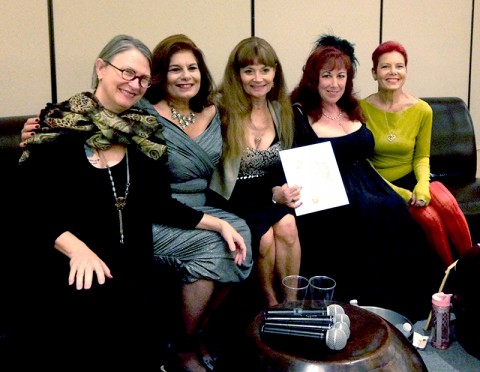 24.) She has the coolest friends– Carol can often be found palling around with revolutionary icons such as the women of Club 90, academics like Constance Penley and Lynn Comella, and legendary actress and educator, Nina Hartley. 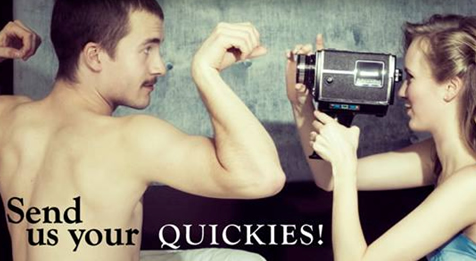 26.) She curates the products we carry along with our Purchasing Department-–“The technology and innovation that goes into sex toy design is constantly advancing. Many places make products without doing the in depth research to determine that it’s safe and crafted in a way to meet the needs of our customers. Carol’s input is the stamp of our Good Vibes seal of approval.” 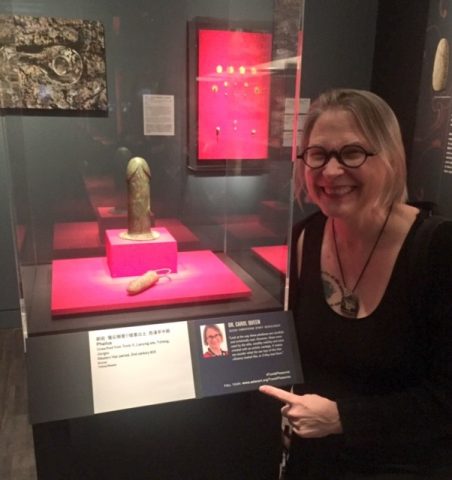 28.) Because she has made it her life’s work to help all of us have better sex and feel comfortable in our bodies–-“I can think of 28 times I’ve used Carol’s education to talk about our wonderful products.” 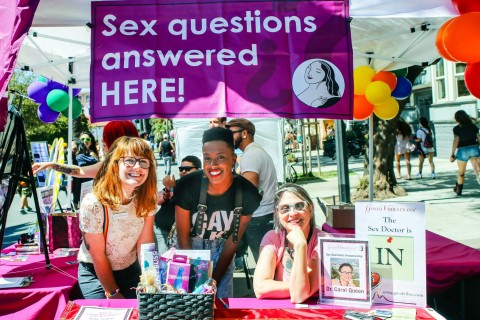 “Carol is one of my favorite parts about working for Good Vibrations. Not only is she brilliant and amazing to listen to, but she is now and has always been revolutionary.”

Long live the Queen of hearts and parts!